© Licensed to London News Pictures. 30/06/2014. Khanaqin, UK Khanaqin, Iraq. A Kurdish peshmerga soldier mans a twin 14.5mm NSV heavy machine gun at a Kurdish peshmerga base in Khanaqin, Iraq, as fighters prepare to head out and relieve troops at the front line in Jalawla. Counted by Kurds as part of their homeland, fighting in the town of Jalawla now consists of occasional skirmishes and exchanges of fire between snipers and heavy machine guns on both sides. 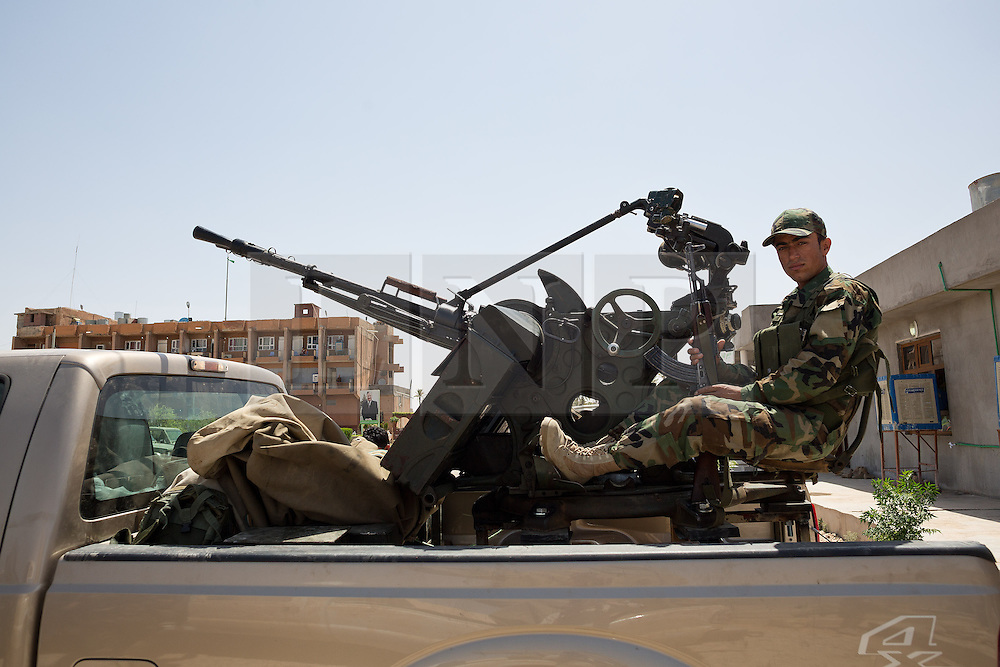