© licensed to London News Pictures. London, UK. World Pinhole Day 24th April 2011. Solargraph pinhole photograph of Battersea Power Station. Using just an Empty film canister loaded with a single pieces of photosensitive paper and a hole the size of a pin these remarkable photographs of some of London's landmarks have been captured after months of patience. The canisters are left placed pointed at their subjects in secret locations around the capital. The hole is so small that only a tiny amount of light hits the paper meaning the exposure can last months, allowing for fantastic light trails to be left by the sun and moon. Solargraph pinhole photograph of Tower Bridge, the exposure is over several months to capture the movement of the sun. Please see special instructions for usage rates. Photo credit should read Marcia Petterson/LNP 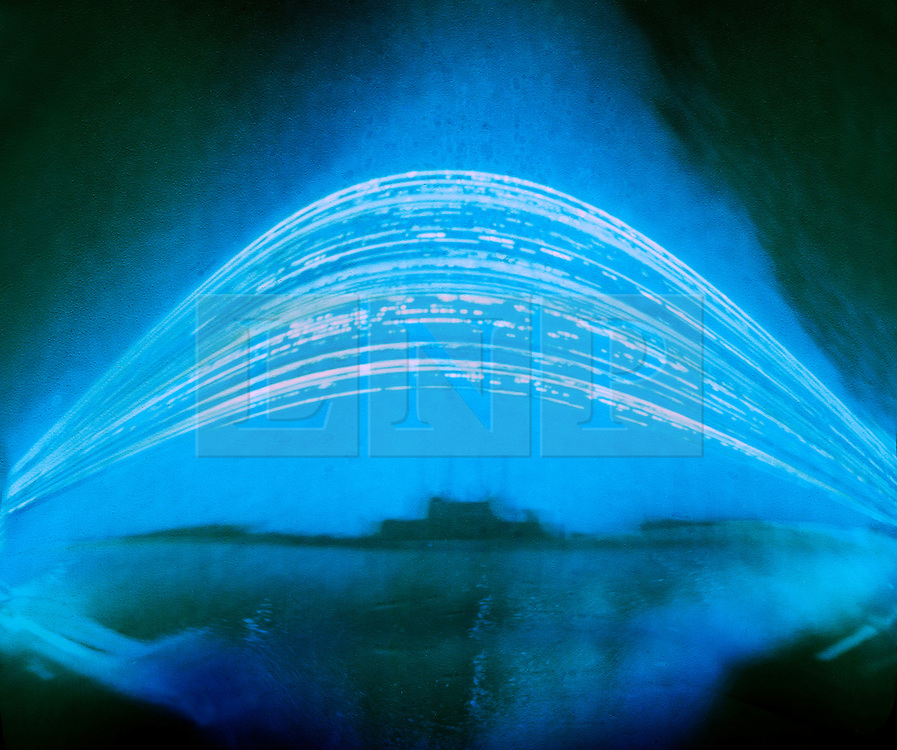