© London News Pictures. 16/08/2013. Balcombe, UK. An anti tracking banner which has had the words "Balcombe is 82% against tracking" spray painted out near the entrance to the Cuadrilla drilling site in Balcombe, West Sussex which has been earmarked for fracking. Cuadrilla has temporarily ceased drilling at the site under advice from the police after campaign group No Dash For Gas threatened a weekend of civil disobedience. Photo credit: Ben Cawthra/LNP 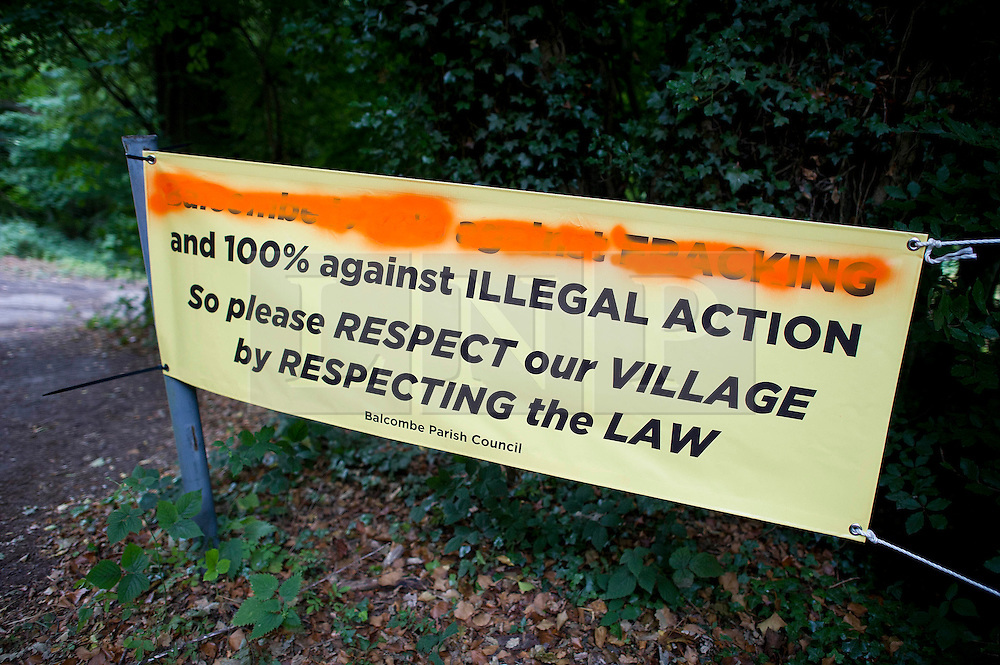