© under license to London News Pictures. 04/09/13 Kent UK. A water vole eats on a river bank. Photographer Ian Schofield sat in a river for over 12 hours wearing waders along with his camera and tripod to capture these stunning shots of one of Britain's rarest animals, the water vole. He waited from 7am before a flurry of activity at lunchtime when one of the most endangered mammals in the UK became hungry and left its burrow. Nearly 90% of water voles have disappeared in the last decade from the UK, mainly due to habitat loss and predators such as the American mink. The water vole's habitat can be found throughout England, Wales and Scotland. Photo credit should read IAN SCHOFIELD/LNP 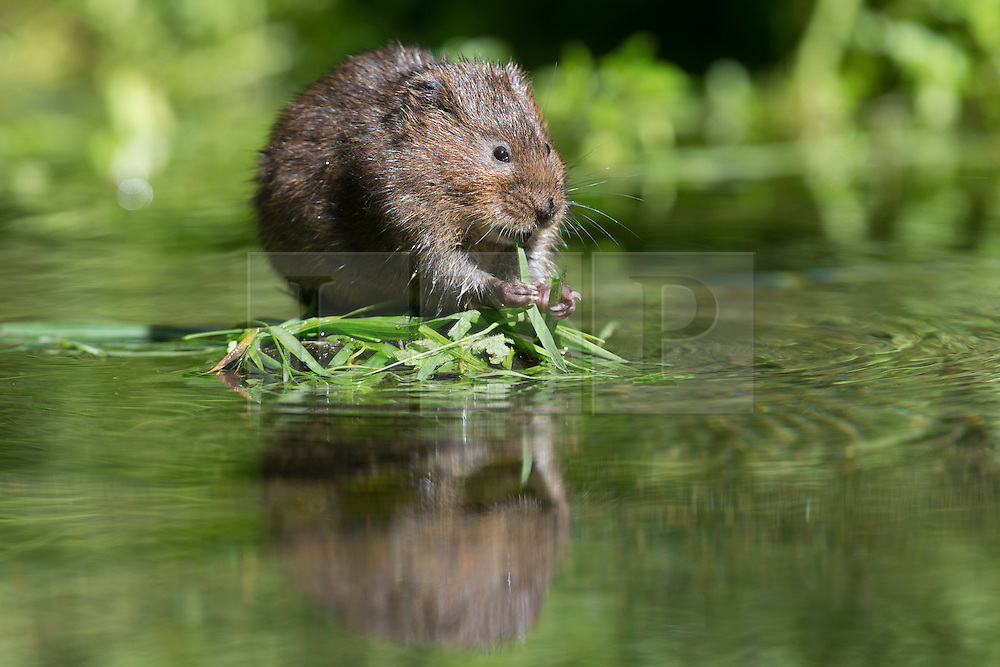