© Licensed to London News Pictures. 26/06/2020. London, UK. British Police arrested two activists after dozen of Canadian and British animal rights activists  block the street outside Canada House in central London; against a  law brought by the Ontario government known as Bill 156, under which, it is illegal to take photographs of animals in transport to slaughterhouses and give water to animals before their death. This legislation also prevents whistleblowers or investigative journalists from exposing animal cruelty at farms or slaughterhouses. 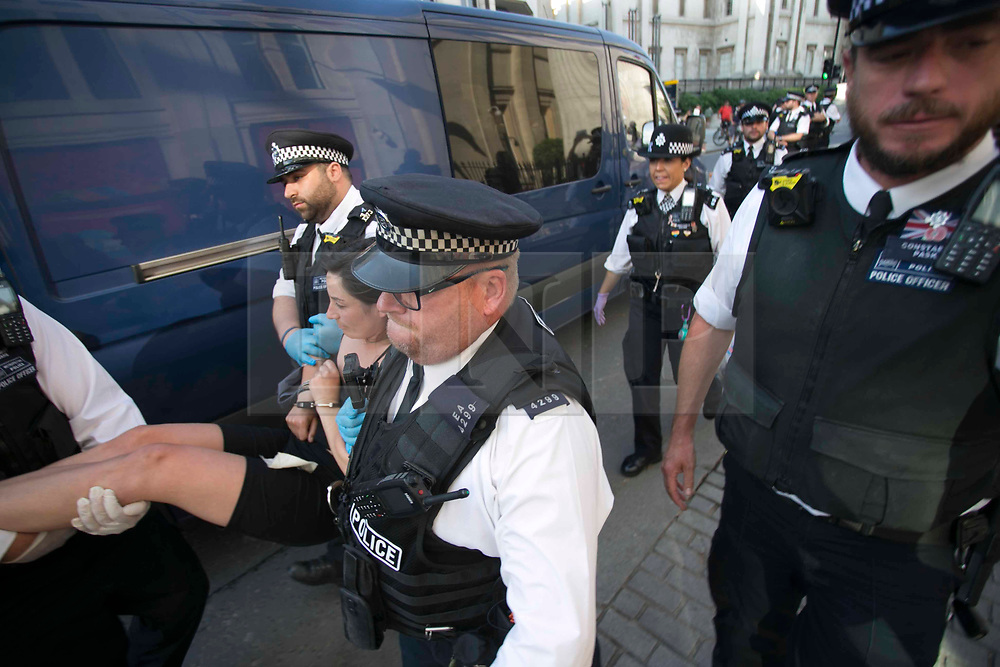