Licensed to London News Pictures. 13/02/2017. Mosul, Iraq. A masked officer of Iraq's National Security Service keeps watch as colleagues diffuse the booby trapped former home of an ISIS fighter and his family. The fighter and his family, originally from Tikrit, fled the city during the Mosul offensive leaving behind a home with two victim operated explosive devices kill anyone who tried to enter. 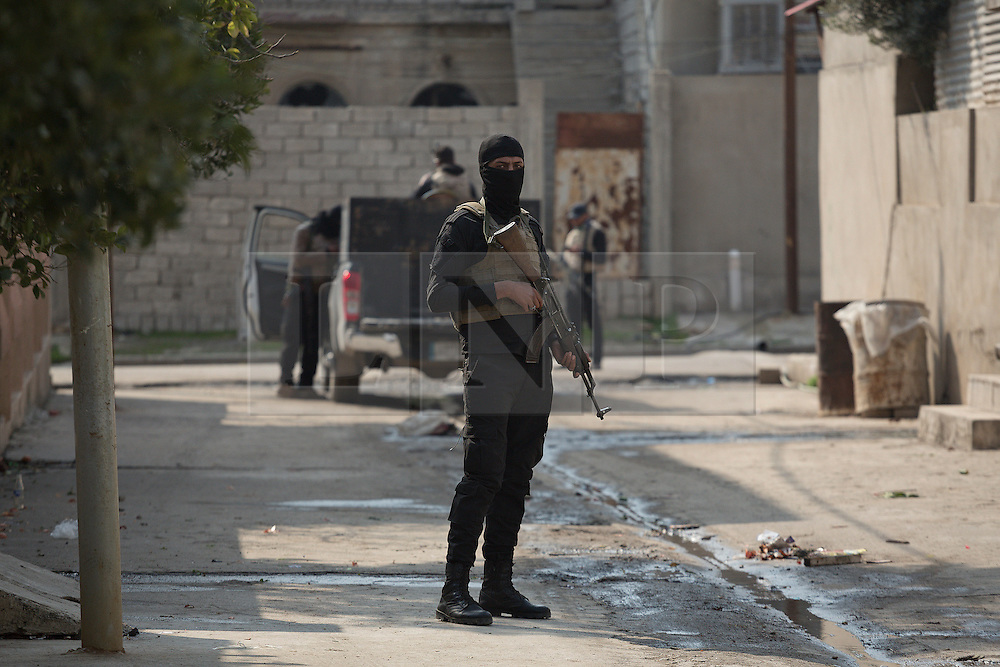