© Licensed to London News Pictures. 07/09/2014. Isle of Wight, UK. At Bestival 2014 daughter a shoots a water pistol at people on a warm sunny afternoon as her father carries her on her shoulders on Day 4 Sunday the final day of the festival. This weekend's headliners include Chic featuring Nile Rodgers, Foals and Outcast. Bestival is a four-day music festival held at the Robin Hill country park on the Isle of Wight, England. It has been held annually in late summer since 2004. Photo credit : Richard Isaac/LNP 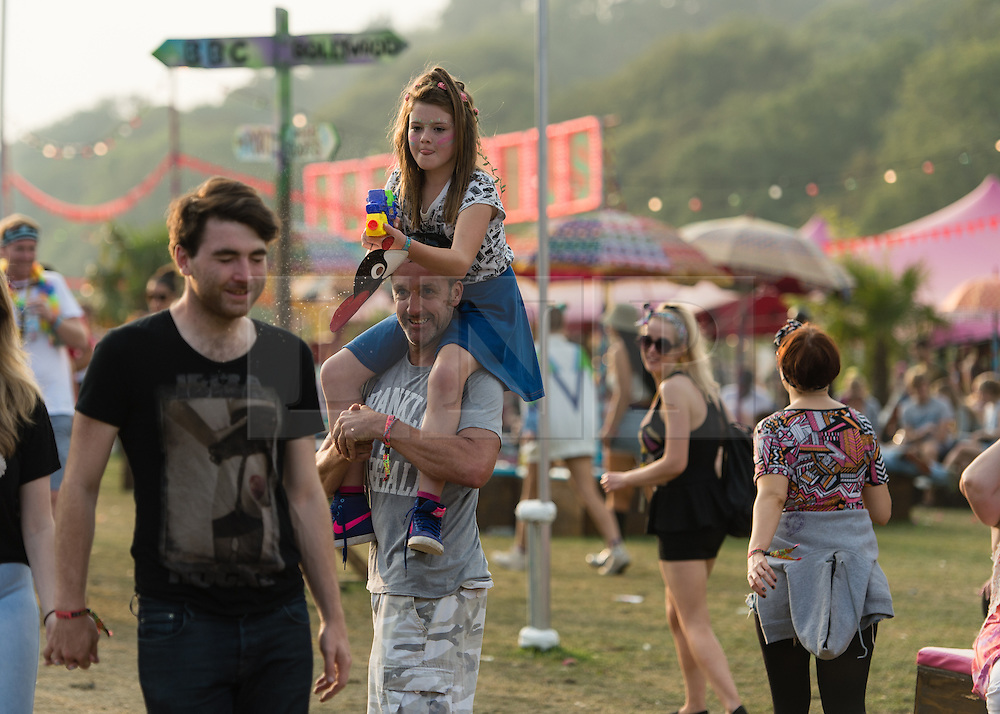