© Licensed to London News Pictures. 15/06/2017. Mosul, Iraq. A young Mosul resident carries his pet bird in a cage after escaping from ISIS held West Mosul shortly before this picture was taken. 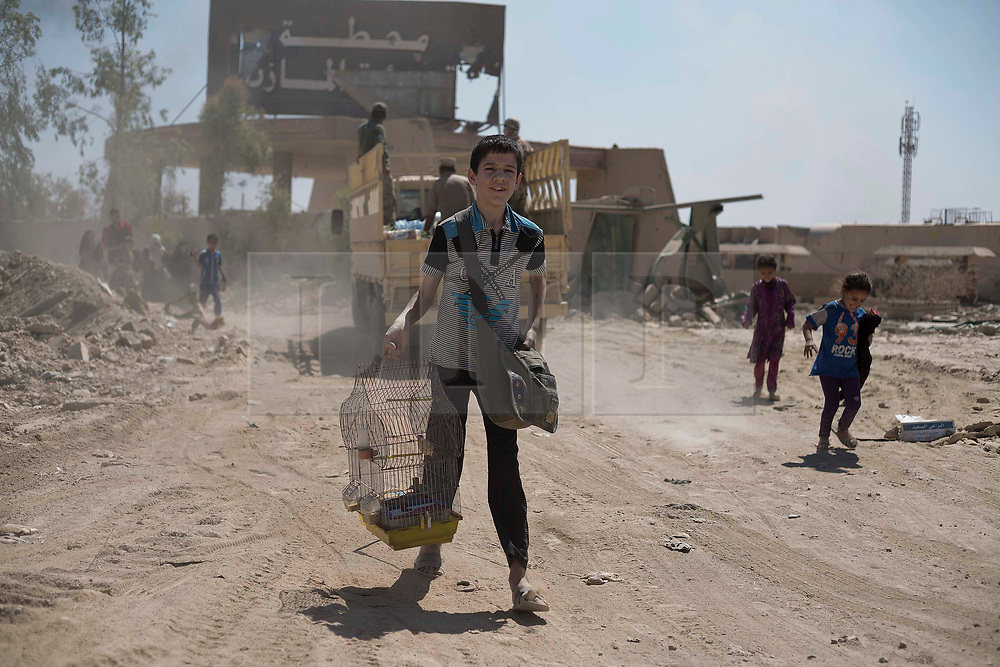