© Licensed to London News Pictures. 26/08/2021. London, UK. Forensic investigators and a police officer at a Little Waitrose store on Fulham Palace Road following the arrest of a man on suspicion of contamination of goods with intention of causing public harm or anxiety after foodstuffs at supermarkets were injected with needles. Metropolitan Police were called at approximately 19:40BST on Wednesday 25/08/2021 after a man was reported to be shouting abuse at people in the street. The man is reported to have gone into three supermarkets in Fulham Palace Road and injected foodstuffs with a number of needles. Photo credit: Peter Manning/LNP 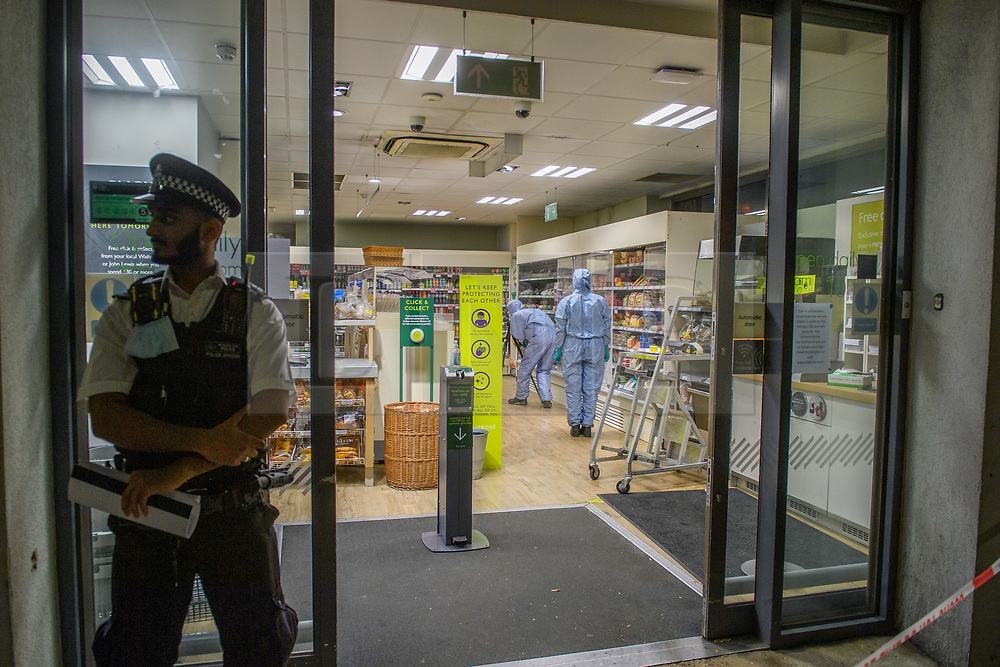