© Licensed to London News Pictures. 30/09/2015. Kirkuk, Iraq. Kurdish peshmerga fighters travel in the back of a pickup truck armed with a heavy machine gun as they prepare to take part in an offensive to capture 7 villages from the Islamic State near Kirkuk, Iraq. 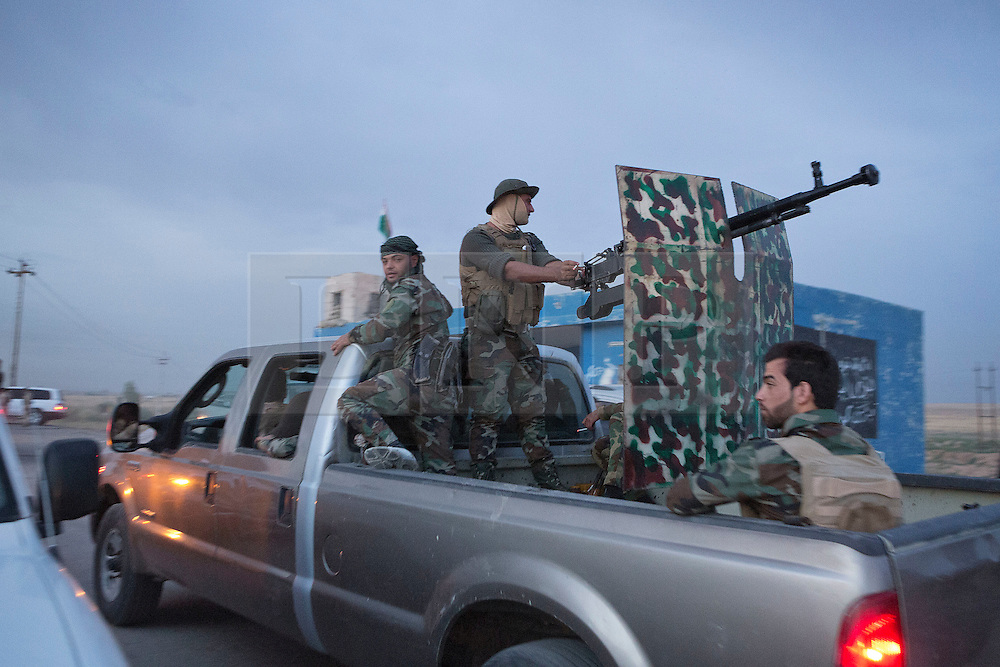