© Licensed to London News Pictures. 18/10/2013. London, UK. General Secretary of the National Union of Rail, Maritime and Transport Workers, Bob Crow is seen talking at a protest against the re-privatisation of the United Kingdom's East Coast Line in London today (18/10/2013) ahead of handing in a petition consisting of 23,000 commuter's signatures to the transport ministry. The East Coast Line, which runs from London to Scotland, is currently the only publicly owned train line after passing to the government from previous operator National Express who encountered financial difficulties. Photo credit: Matt Cetti-Roberts/LNP 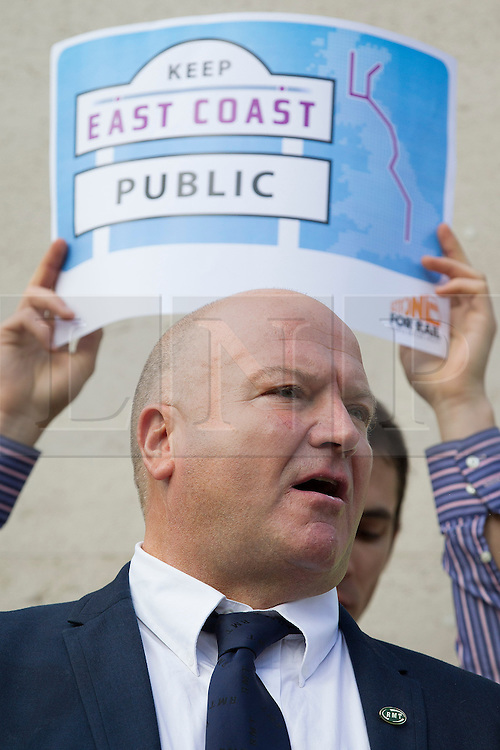