David Little a member of the Commemoration Society for the 18th Battalion The Durham Light Infantry poses in front of the lighthouse at Hartlepool Headland during an event to commemorate the bombardment of Hartlepool by German warships during World War One. During the bombardment 130 civilians were killed and more than 500 were wounded. The Headland's Heugh Gun Battery returned fire in what was the only battle to be fought on British soil during World War One, and one of the Battery's soldiers, Theo Jones of the Durham Light Infantry, became the first British soldier to be killed by enemy action on home ground in the war. 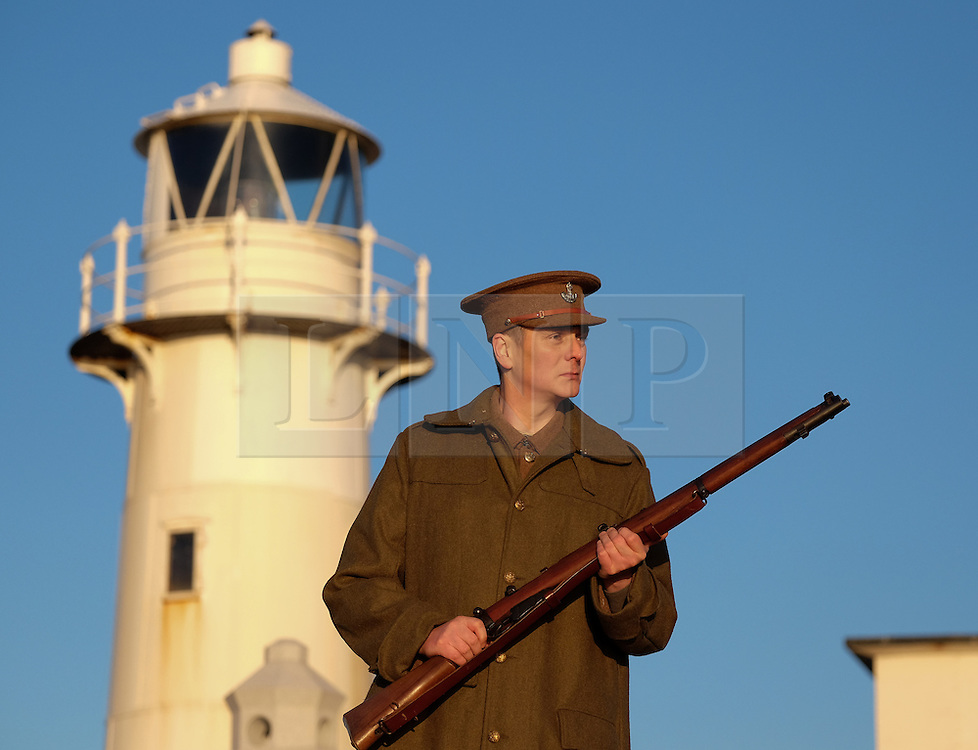