© Licensed to London News Pictures. 05/01/2014. Anti-government protestors wave Thai flags from the top of the Victory Monument at a rally during the third day of the 'Bangkok Shutdown' as anti-government protesters continue with their 'shutdown' of Bangkok. Major intersections in the heart of the city have been blocked in their campaign to oust Prime Minister Yingluck Shinawatra and her government in Bangkok, Thailand. Photo credit : Asanka Brendon Ratnayake/LNP 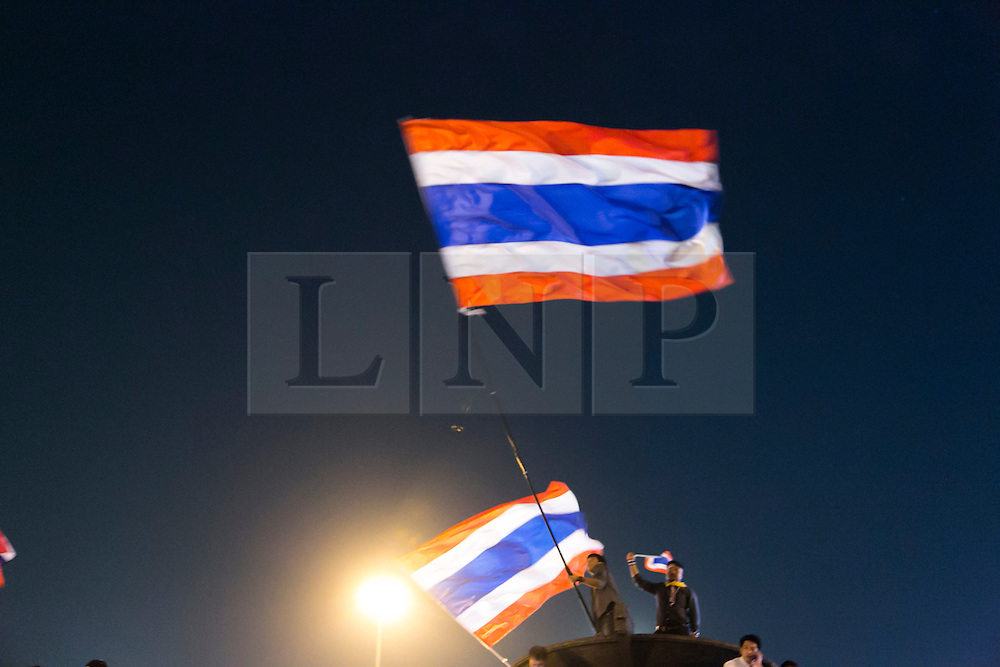