© Licensed to London News Pictures. A visitor views Beyond the Infinite, 2016 by artist Doug Foster at the exhibition Daydreaming with Stanley Kubrick in partnership with Canon at Somerset House in London. The show opens on July 6, 2016 and runs until August 24, 2016. The exhibition features 50 works inspired by the legendary film director from a host of contemporary artists, musicians and filmmakers. London, UK. Photo credit: Peter Macdiarmid/LNP 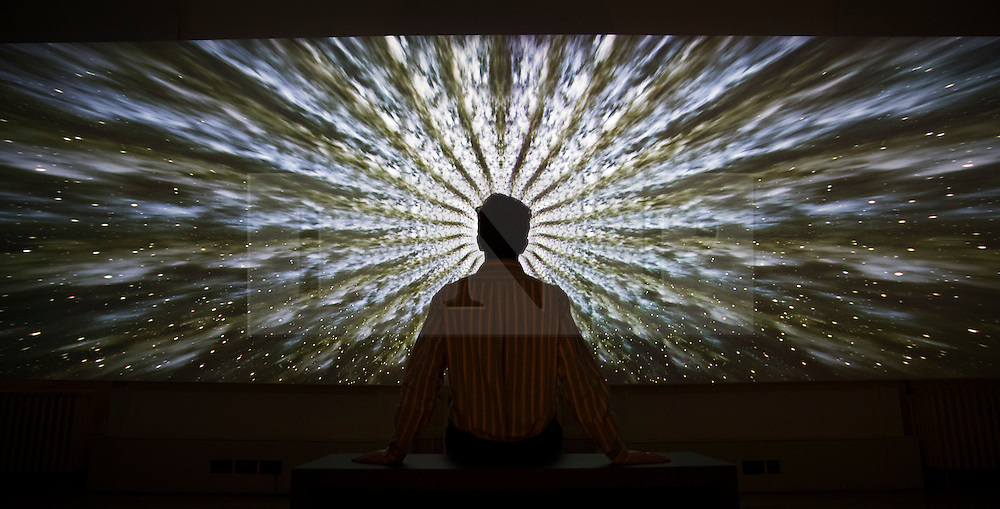