© Licensed to London News Pictures. 09/05/2014. Southampton, UK. Queen Victoria (right) moves into position herself on the stern of Queen Elizabeth (left) at the Queen Elizabeth 2 berth in Southampton. Firework celebrations marking the 10-year anniversary of the Cunard flagship, Queen Mary 2, take place in the port of Southampton this evening, 9th May 2014. All 'three queens' of the Cunard fleet were present at the event, which included a 10-minute firework display, one minute for every year that the QM2 has been in service. Photo credit : Rob Arnold/LNP 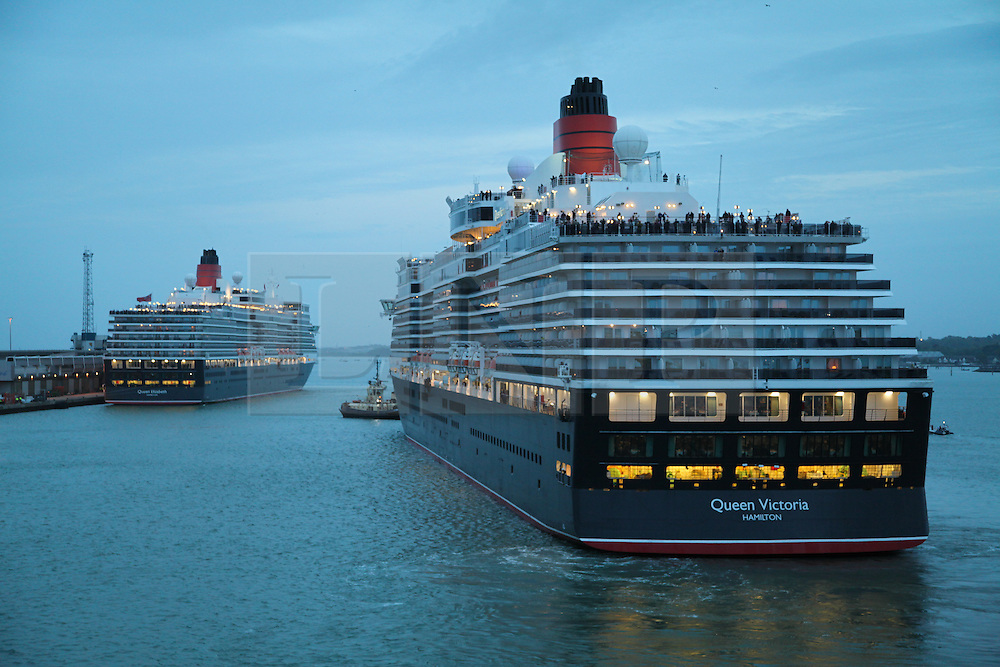