© Licensed to London News Pictures . 31/10/2017. Manchester , UK . Pro-Palestinian demonstration outside the Hilton Hotel in Manchester inside which an event celebrating the 100th anniversary of the Balfour Declaration is taking place as today (2nd November 2017) marks the 100th anniversary since the publication of the Balfour Declaration , setting out the British Government's case for a Jewish homeland in the Middle East . Photo credit: Joel Goodman/LNP 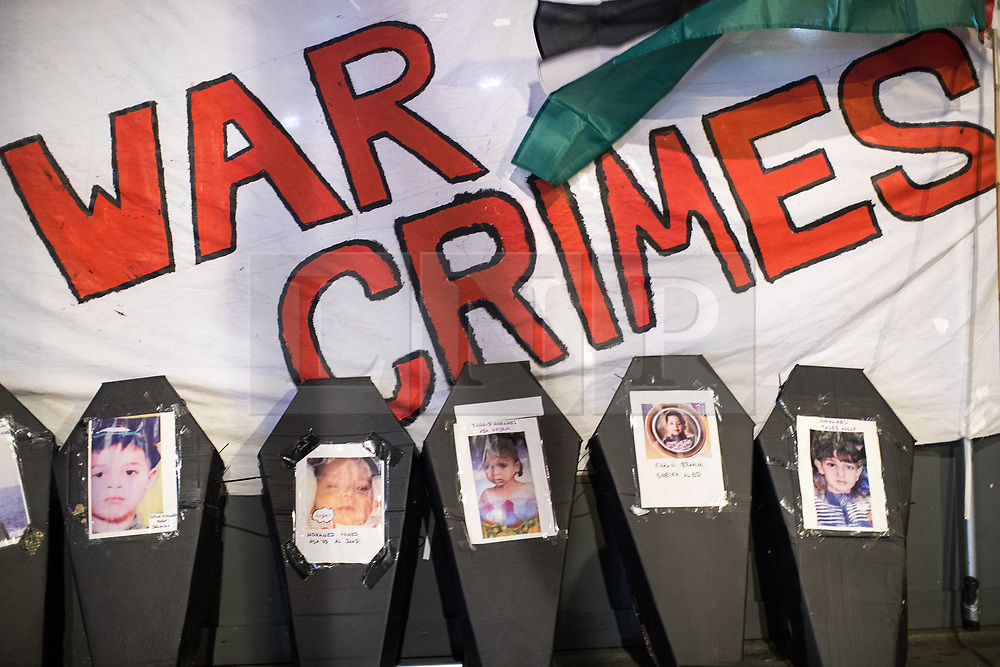