© Licensed to London News Pictures. 30/09/2015. Kirkuk, Iraq. A Kurdish peshmerga fighter watches the smoke plumes from two large bombs dropped by coalition air support to suppress ISIS positions in the village of Mansoria during an offensive aimed at capturing 11 villages from the Islamic State near Kirkuk, Iraq. 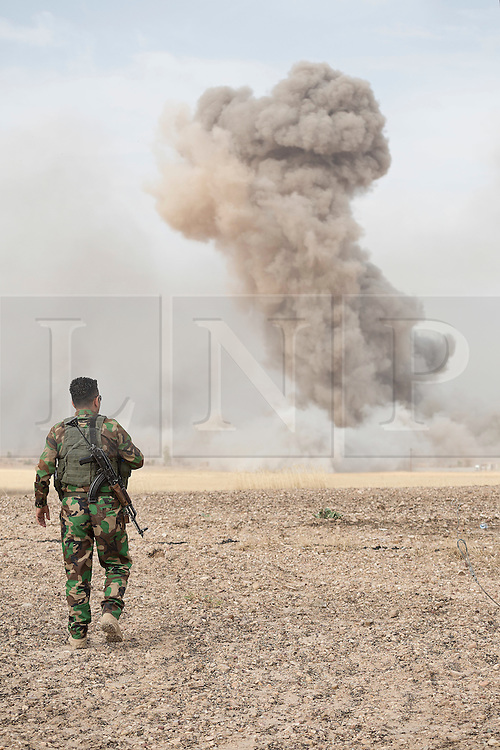