© Licensed to London News Pictures . 11/07/2018. Manchester, UK. An England fan cries as the final whistle blows and England are defeated in the World Cup. England fans watch England play against Croatia in the World Cup semi finals, on a big screen at Castlefield Bowl in Manchester City Centre . Until today , Manchester had been the largest city in England not to be showing World Cup matches to the public on a big screen . Photo credit: Joel Goodman/LNP 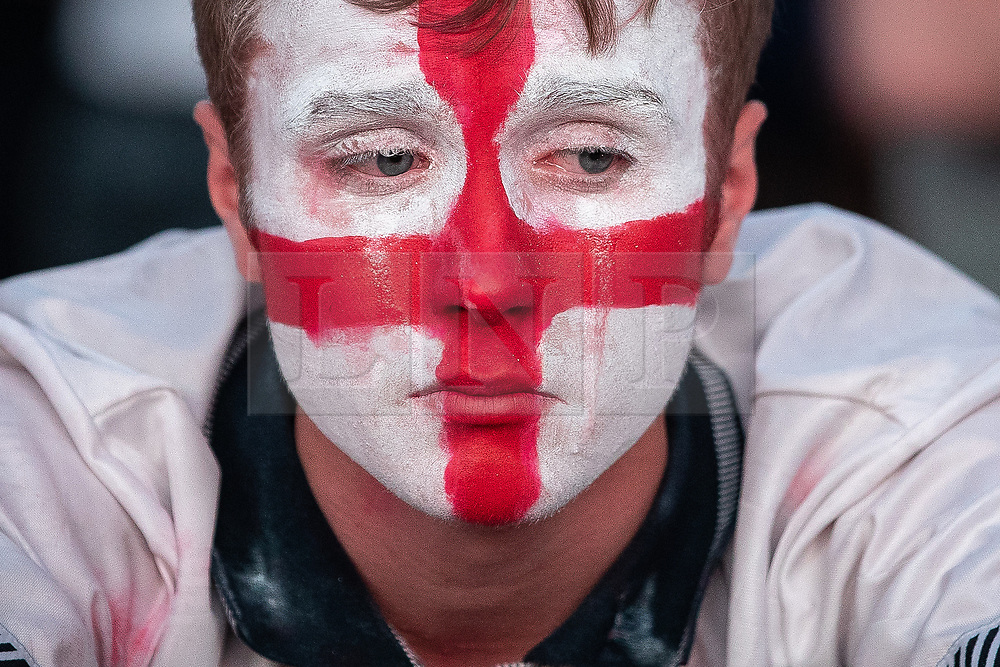