The racecourse is the traditional end of the parade where thousands of people socialise and enjoy the sunny weather during the Durham Miners Gala. 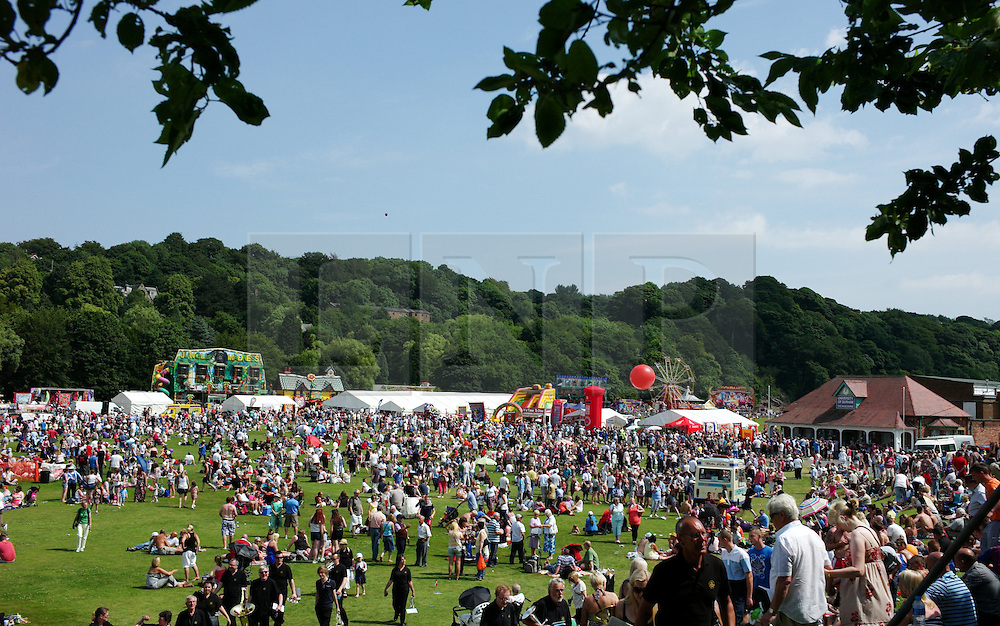