© Licensed to London News Pictures. 11/01/2014. London, UK. Activists from the London Guantanamo Campaign, wearing orange jumpsuits and black hoods, stage a protest in Trafalgar Square in London on 11 January 2014 to mark the 12th anniversary of the opening of the Guantanamo Bay prison camp and demand its closure. Orange suits are worn by protestors to remind of the suits worn by inmates of the US prison camp at Guantanamo Bay. Photo credit : Vickie Flores/LNP 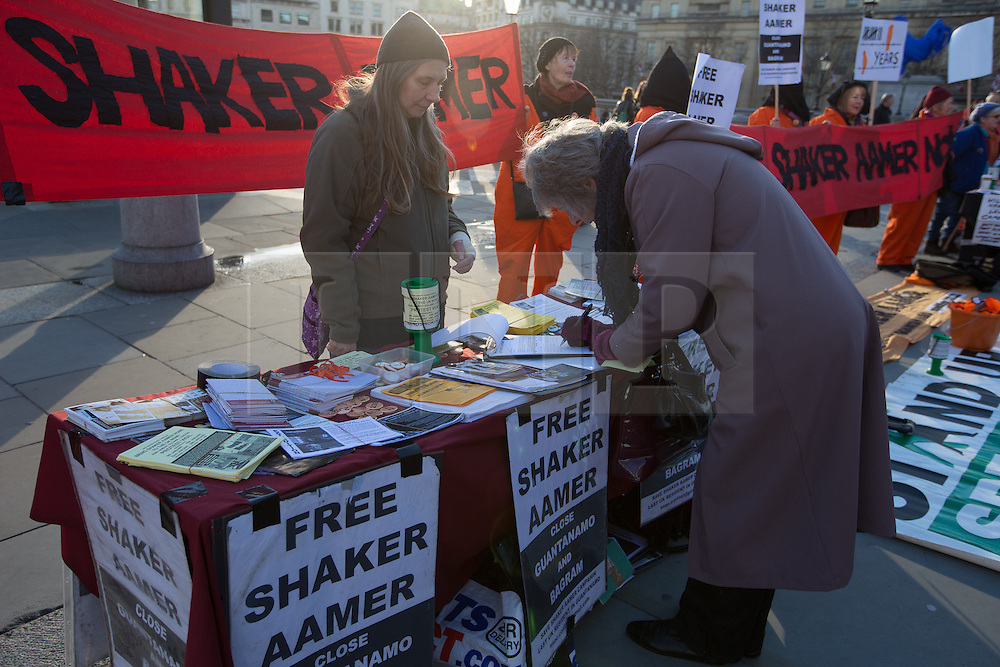