© Licensed to London News Pictures. 04/04/2016. London, UK. A woman holding a banner as she is interviews by a news television outside Congress House in London where TATA steel workers are due to hold a meeting, organised by the Trade Union Congress (TUC), to discuss the future of Port Talbot TATA steel works. Photo credit: Ben Cawthra/LNP 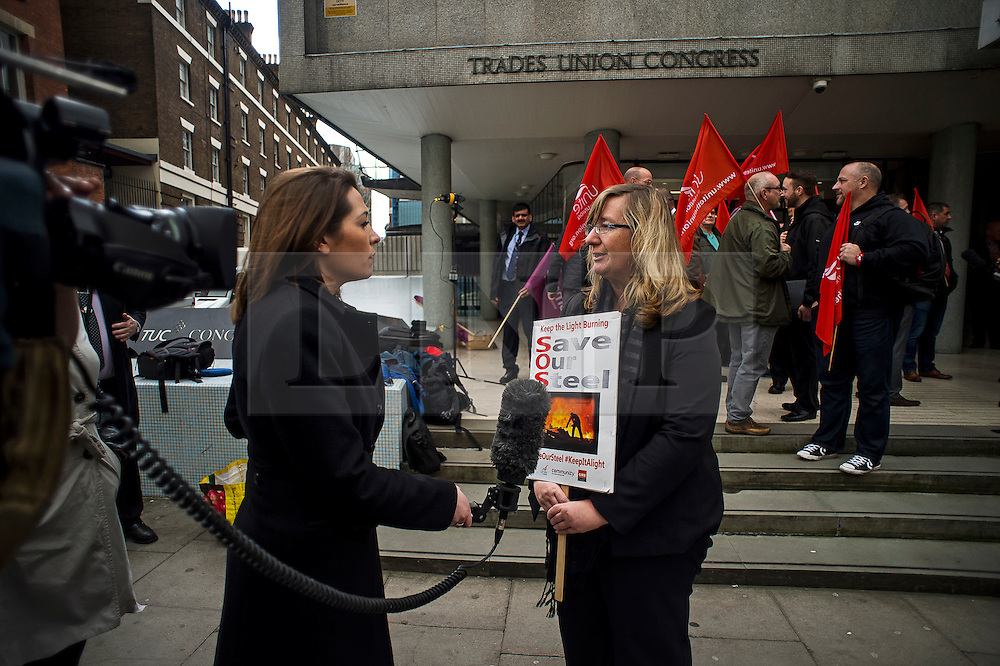