© Licensed to London News Pictures. 25/02/2015. Bristol, UK. A prison van with an armed police escort arrives at Bristol Crown Court. It is the first day of the trial of Kevin Brown who is accused of trying to rob a security van in Bristol as it was parked outside a row of shops when a man armed with a gun tried to force his way into the Post Office van. The 55-year-old is also charged with possession of a firearm with intent to cause fear of violence and dangerous driving on June 12 last year. Brown was arrested at the Lansdown pub in Clifton in Bristol two days later. He is also alleged to have absconded from Ford Open Prison in Sussex two months before the van attack. Photo credit : Simon Chapman/LNP 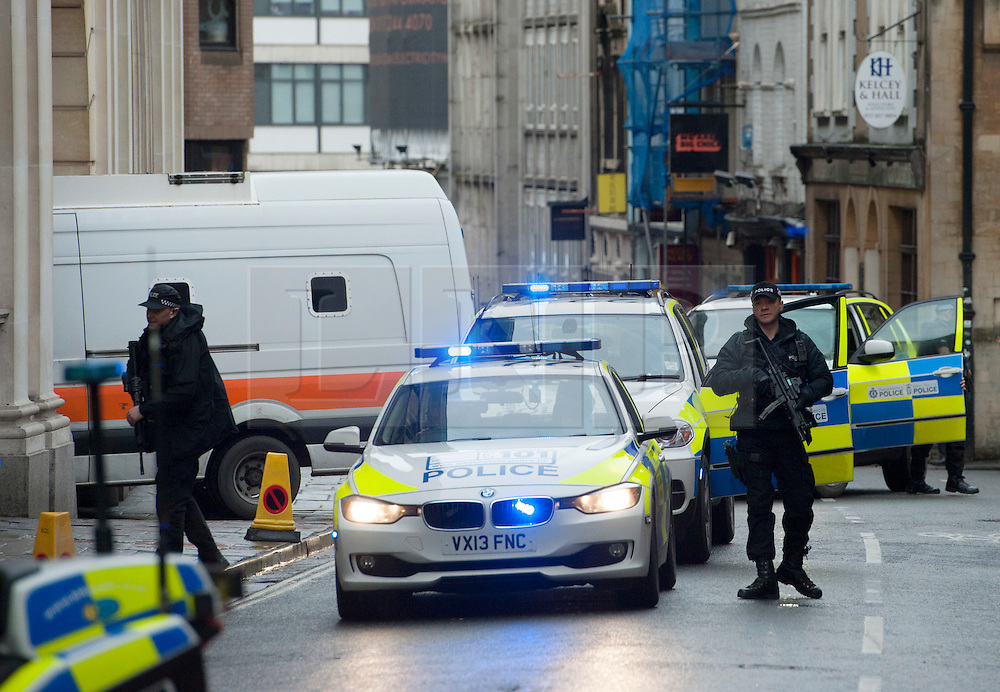