© Licensed to London News Pictures. 24/01/2020. Bristol, UK. Engineers examine a stretch of collapsed wall and pathway by the river Avon on Cumberland Road in Spike Island, Bristol. The cycle path between the river and the road, known as the "Chocolate Path" because the square cobbles look like chocolate blocks, has been closed for two years since December 2017 due to subsidence but no work had been done though funding had been established. It is reported that Cumberland Road, which is a major bus route, will remain closed for the foreseeable future which will cause further issues with Bristol's already congested traffic. Photo credit: Simon Chapman/LNP. 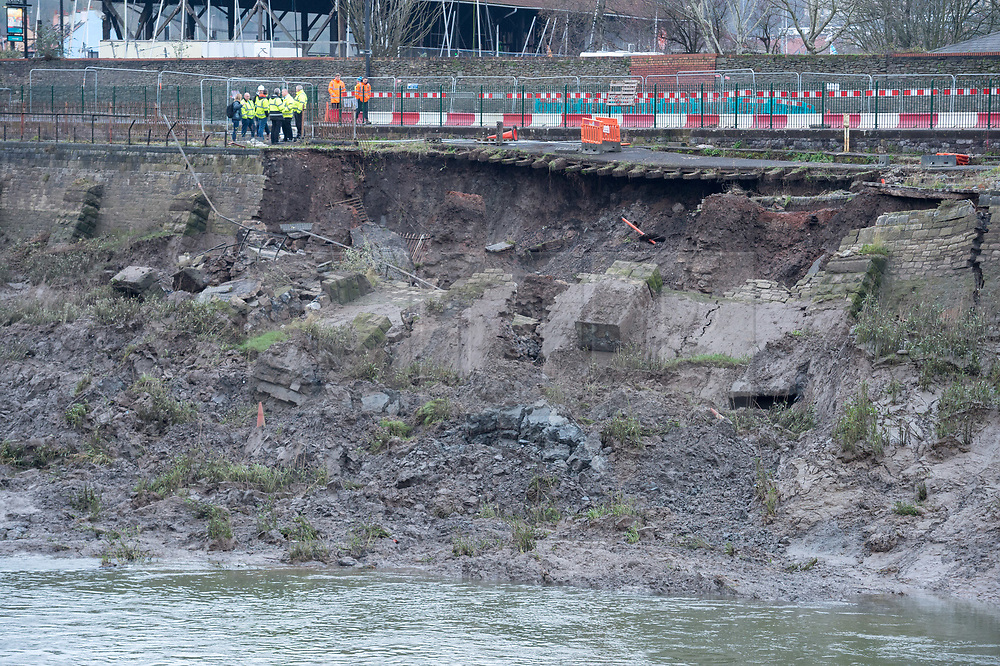