© Licensed to London News Pictures. 12/02/2019. London, UK. Passing police officers stop to look at young anti-Brexit campaigners from the For our Future’s Sake (FFS) wing of the People’s Vote campaign in collaboration with the Led By Donkeys campaign writing messages on a large billboard in Islington, stating why they want Jeremy Corbyn, the leader of the Labour Party to back a People’s Vote on Brexit. The billboard, located in the Islington North constituency of Mr Corbyn shows messages reminding him that a majority of young Labour supporters want a public vote or second referendum on Brexit. Photo credit: Vickie Flores/LNP 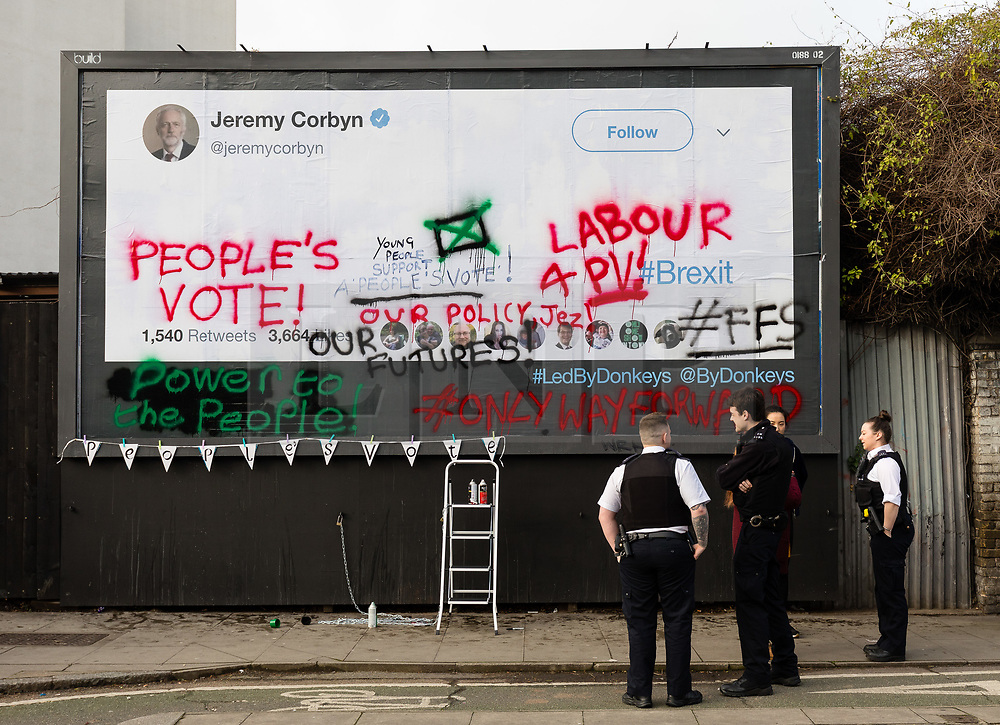