© Licensed to London News Pictures. 09/10/2016. LONDON, UK. Jane Nicholl and members of Class War, Women’s Death Brigade stage a protest outside Foxtons estate agent in Islington on 8th October 2016. The women only protest was a reaction to the alleged assault of Class War member, Jane Nicholl by a Foxtons employee during a protest outside Boris Johnson’s house in July following which, three Foxton’s employees were sacked after fighting with protesters and police. It has been reported that the Crown Prosecution Service (CPS) have recently dropped the assault charges against a Foxton's employee to Nicholl’s due to a lack of evidence. Photo credit: Vickie Flores/LNP 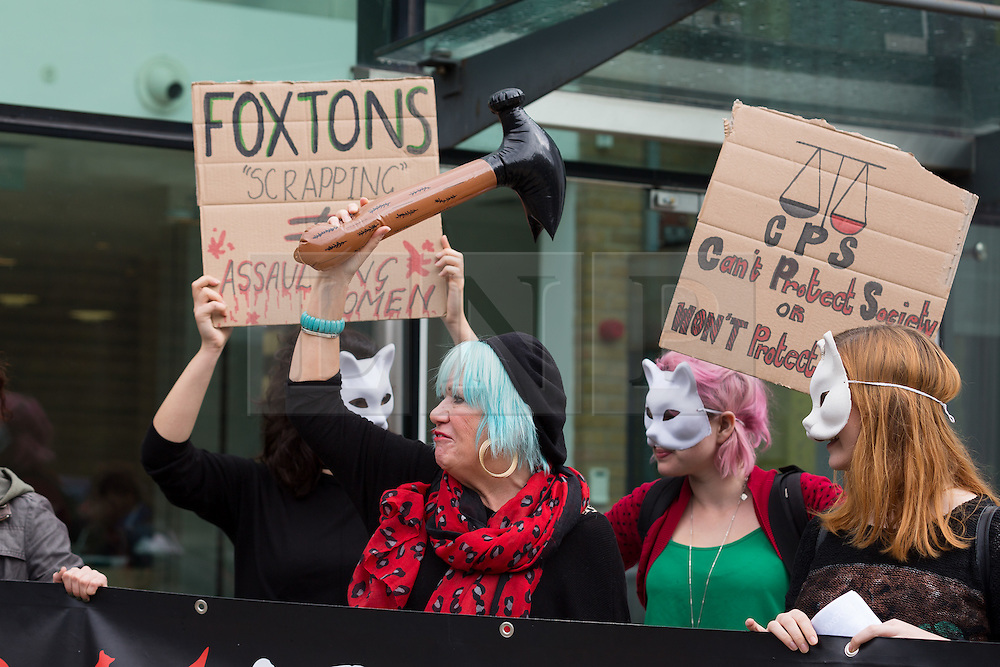