© Licensed to London News Pictures. 24/10/2018. London, UK. Two men playing terrorists hold up their hands after being taken captive by Marines for highjacking a city cruises boat, during the exercise. British Royal Marines are joined by the The Royal Netherlands Marines in a military demonstration at HNLMS Zeeland, which is anchored next to anchored next to HMS Belfast on the River Thames in central London. Members of the British and Dutch Royal families watched the event as part of a state visit to the UK. Photo credit: Ben Cawthra/LNP 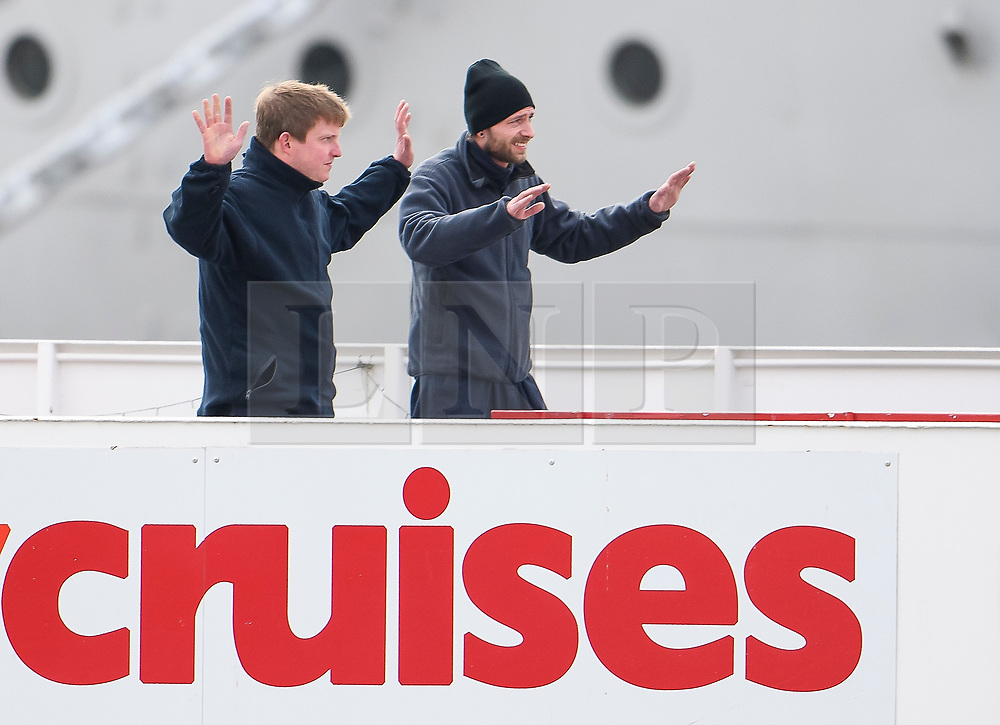