© Licensed to London News Pictures. 01/03/2019. LONDON, UK. The painting known as "Judith and Holfernes", c1607, by Caravaggio, is seen on display to the public for the first time after being discovered in an attic in Toulouse, France five years ago where it had lain forgotten for 100 years. The rediscovered masterpiece, currently being exhibited at the Colnaghi Gallery in London, will be shown in Paris, New York and Toulouse, before being auctioned in Toulouse on 27 June 2019. As is customary in France, no reserve has been placed on the artwork, but it has been reported that the painting may sell for in excess of £120m. Photo credit: Stephen Chung/LNP 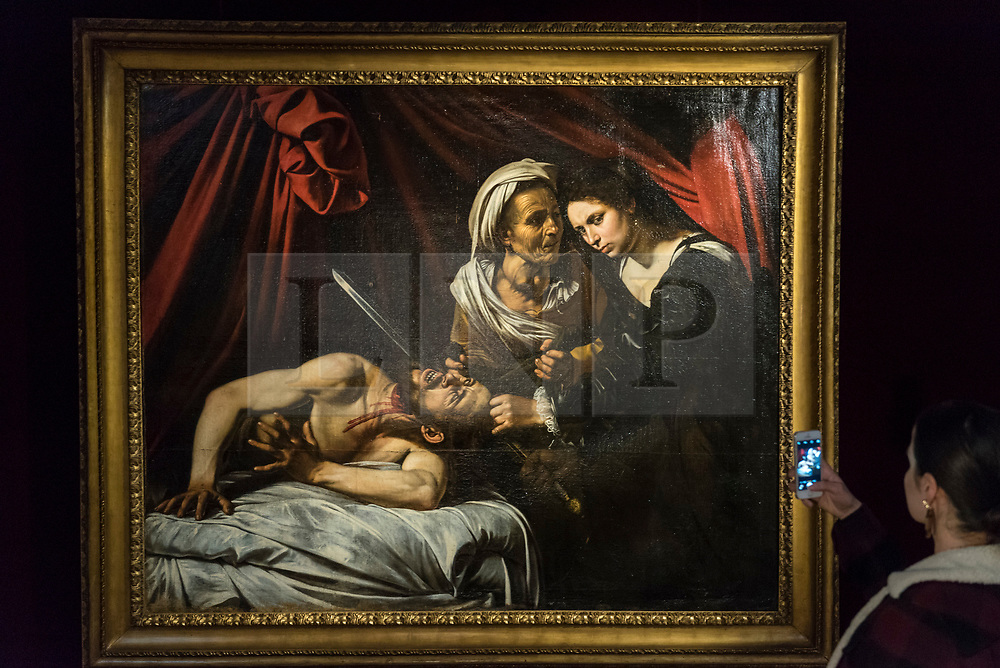