© Licensed to London News Pictures. 04/06/2019. London, UK. US President Donald Trump's limousine, known as The Beast, passes in sight of an inflatable blimp depicting him as a baby in a nappy on Parliament Square. On the 2nd day of President Trump's State Visit to the UK he is meeting outgoing Prime Minister Theresa May before attending 75th Anniversary of D-Day commemorations in Portsmouth and France tomorrow. Photo credit: Peter Macdiarmid/LNP 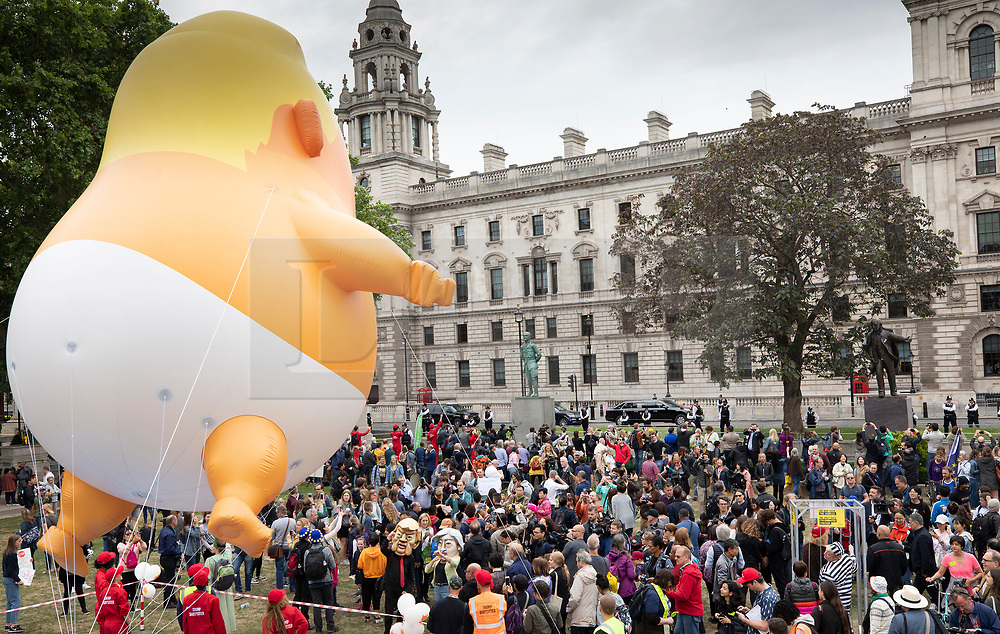