© Licensed to London News Pictures . FILE PICTURE DATED 21/02/2013 of Canadian pop star JUSTIN BIEBER leaping across the stage at the Manchester Arena , UK , on the opening night of his UK " Believe " tour , as a spokeswoman last night (7th March) reported Bieber had to take an unscheduled break during a show at the O2 Arena last night (7th March). Bieber was said to have fainted and had to be treated by doctors with oxygen before returning to the stage . Photo credit : Joel Goodman/LNP 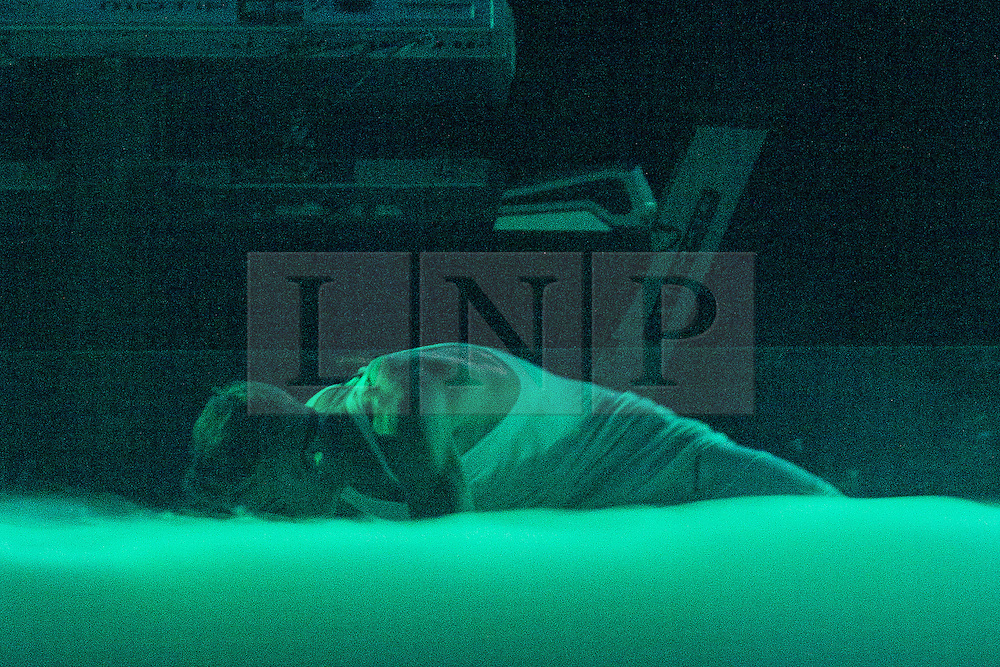