© Licensed to London News Pictures. 26/10/2016. LONDON, UK. A jacket and personal effects lay on the floor within the first police cordon around East Street near Barking Supermarket in Barking, east London. Police were called at 18:12 on Wednesday 26th October. Officers and the London Ambulance Service attended the scene and found a man in his late 20s with stab wounds to the abdomen. He was taken to an east London hospital where he remains with life threatening injuries. Photo credit: Vickie Flores/LNP 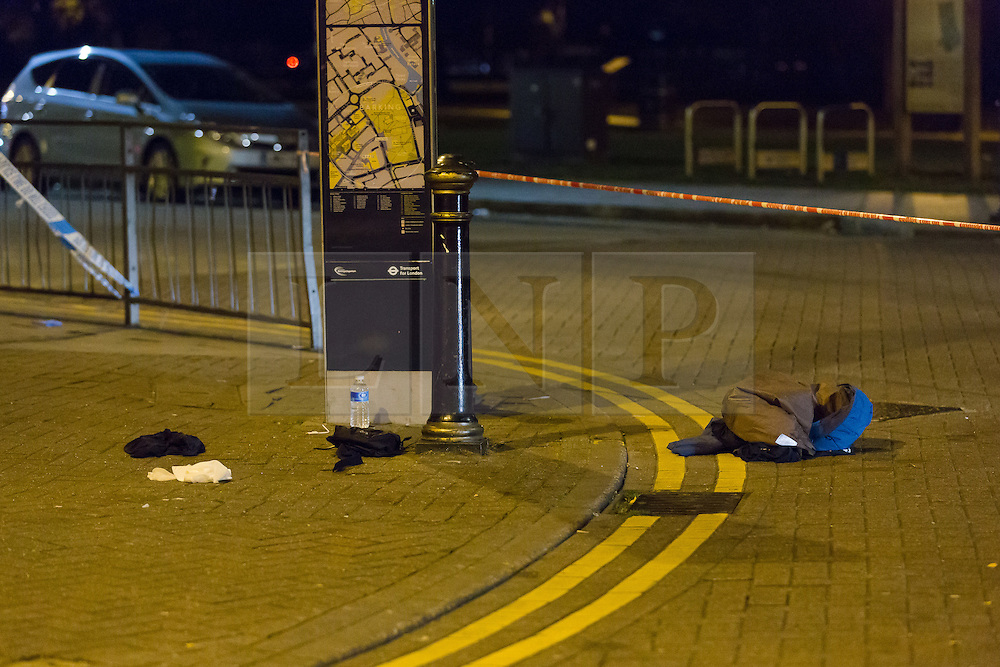