© Licensed to London News Pictures. 01/10/2011, Staafordshire, UK. The fourth annual Ride to the Wall took place today (Saturday). Thousands of motorcyclists from all over the country either as individuals or in groups rode to the National Memorial Arboretum to honour and show their support for the Armed Forces. Since the first ride in 2008 the ride has raised nearly £100,000 for the NMA. .Pictured, Bikers salute as they pay tribute at the Wall..Photo credit : Dave Warren/LNP 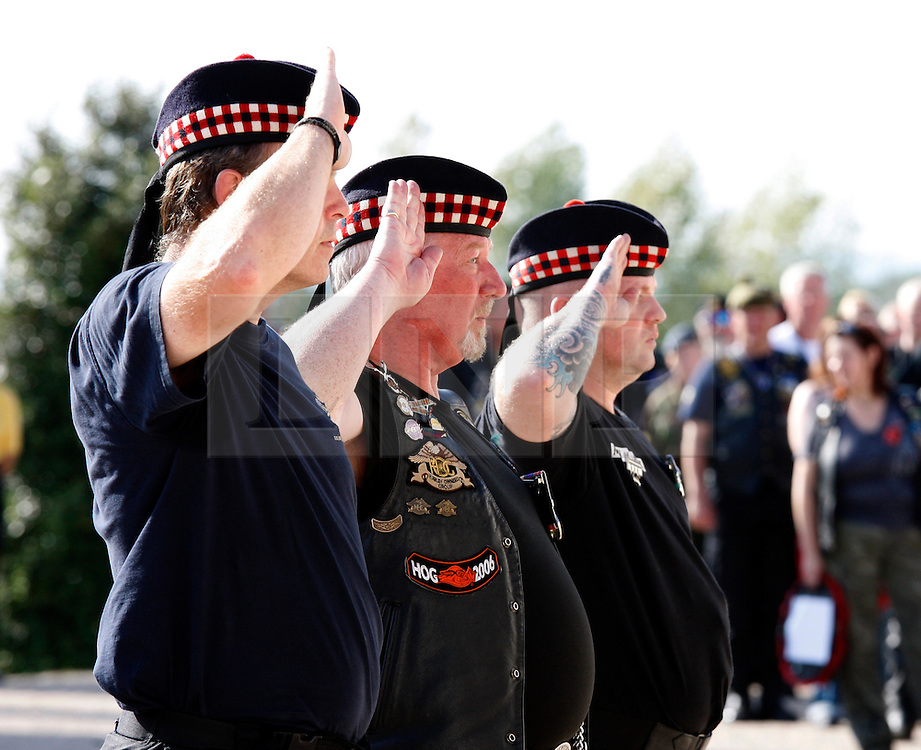