© Licensed to London News Pictures. 27/04/2017. Leeds UK. Picture shows police crime scene investigators at the scene of a house fire on Harehills lane in Leeds. A woman has been arrested after a man died following a house fire on Harehills Lane in Leeds early this morning. A man found at the scene was treated by firefighter and paramedics but was pronounced dead at the scene. A 28 year old woman has been arrested on suspicion of manslaughter & production of Cannabis after the remains of a cannabis growing set up were found at the property. Photo credit: Andrew McCaren/LNP 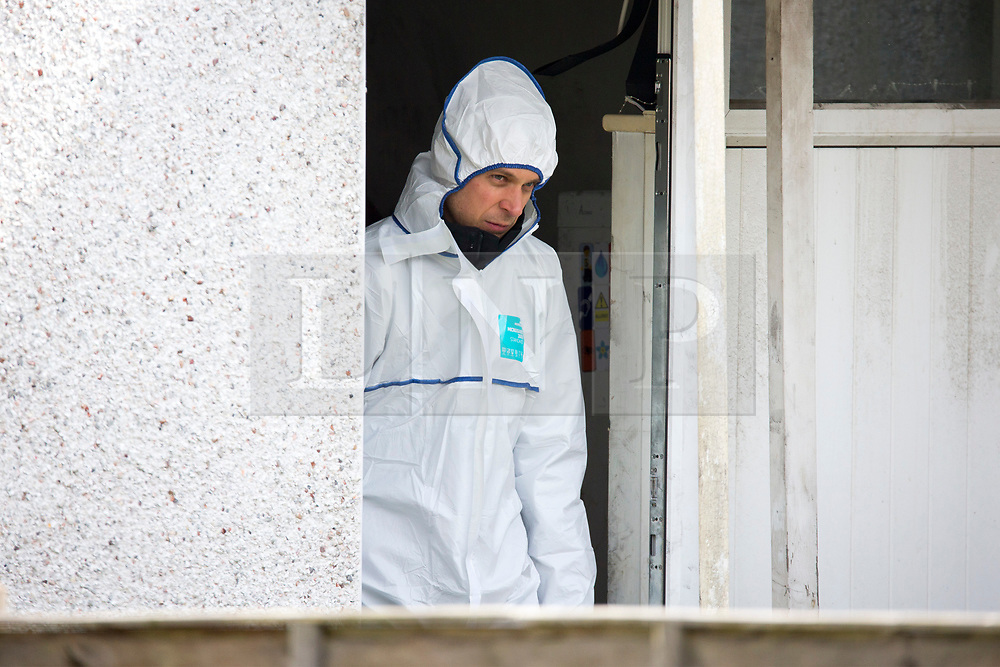