© Licensed to London News Pictures. 21/11/2013. London, England. Barbara Windor lovingly sticks out her tongue at her old friend Joan Littlewood. Barbara Windsor has joined Theatre Royal Stratford East's fundraising campaign to build a sculpture for the legendary director Joan Littlewood with whom she worked during the early stages of her career. The theatre launches a public appeal to raise the final 40% needed (c. £60,000) to commission Philip Jackson to created the bronze sculpture which is due to be installed in Theatre Square, Stratford in spring 2014. Photo credit: Bettina Strenske/LNP 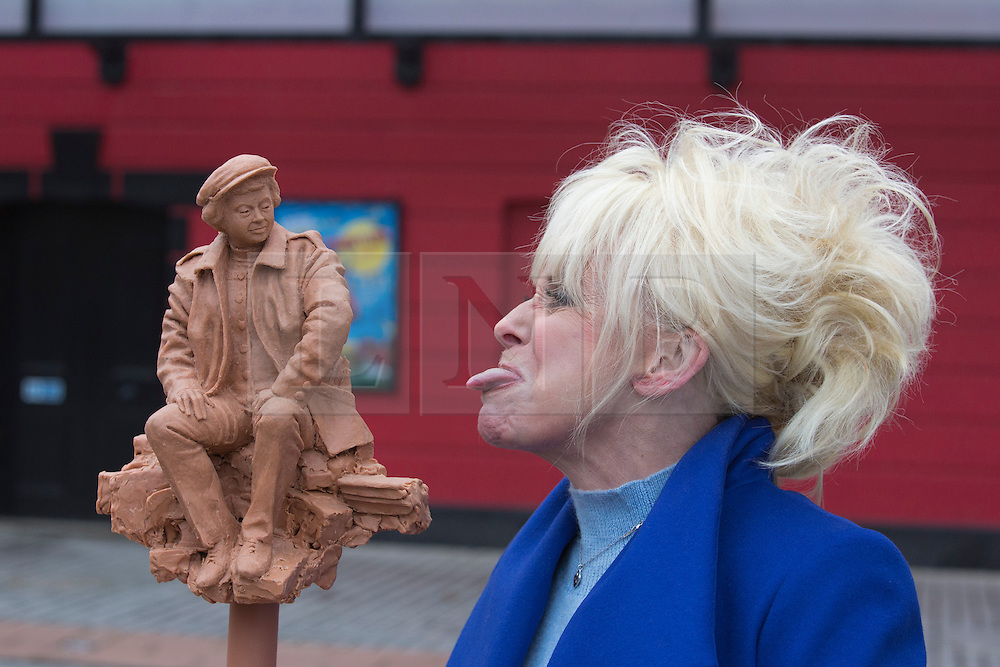