Licensed to London News Pictures. 20/10/2016. Iraqi youths play football between billowing smoke rising from burning oil wells, that have been on fire for around two months, in a residential area in the town of Qayyarah, Iraq. The oil wells, located in a neighbourhood on the edge of the town, were set alight in July by retreating Islamic State militants as part of a scorched earth policy. 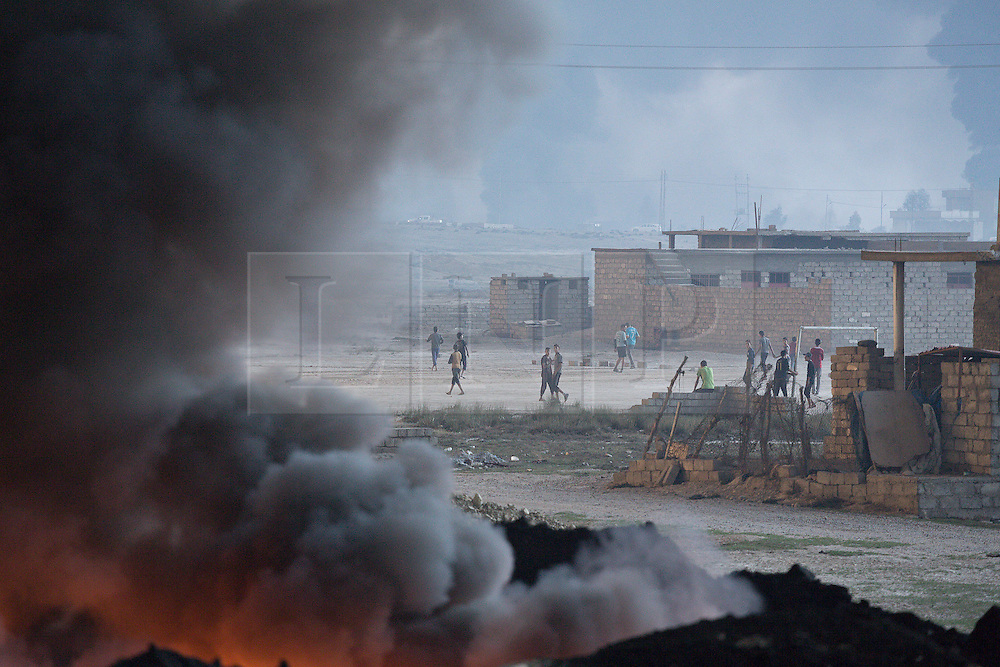