© Licensed to London News Pictures; 22/08/2020; Paulton, Bath and North East Somerset, UK. Police personnel with a tent search a garage behind house in Paulton after a man was arrested as part of an investigation by officers from Counter Terrorism Policing South East and South West. The man aged 33 was first arrested on Thursday (20/8) on suspicion of making or possessing an explosive substance in suspicious circumstances. He was then re-arrested on Friday (21/8) under section 41 of the Terrorism Act 2000 by detectives from Counter Terrorism Policing South East and South West. Officers carrying out this search are wearing protective suits due to the nature of this investigation and the Explosive Ordnance Disposal Team had been present at the property as a precaution. Police have said there is no wider threat to the public. Photo credit: Simon Chapman/LNP. 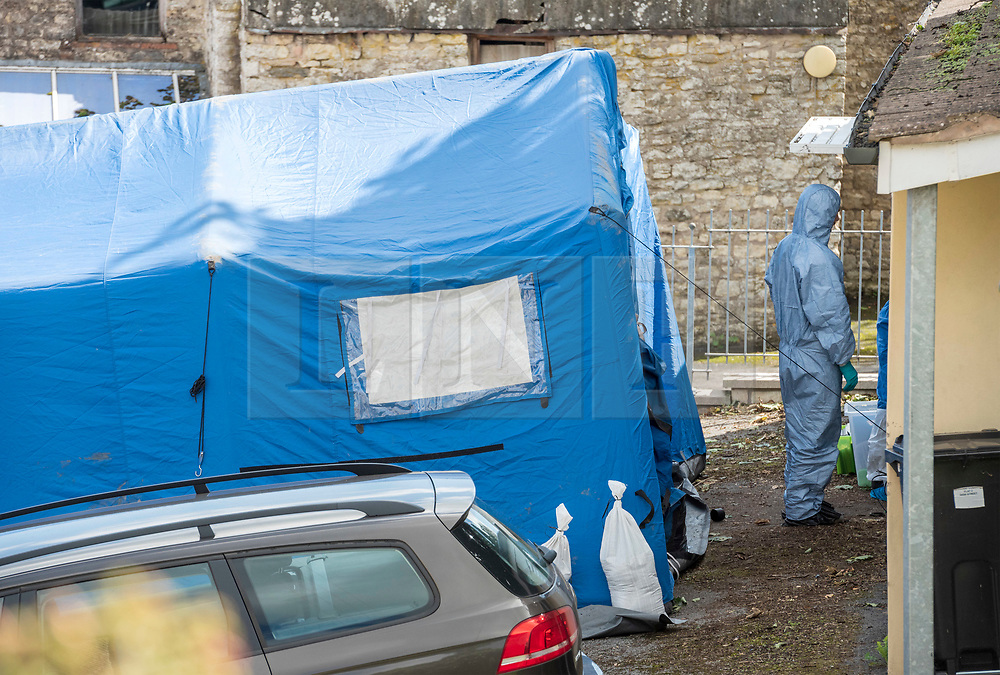