Licensed to London News Pictures. 20/10/2016. An Iraqi man walks past a burning oil well, one of several located on the edge of the neighbourhood where he lives in Qayyarah, Iraq. The wells, part of a large oilfield around the town, were set alight by retreating Islamic State militants in July 2016, but have yet to be extinguished. 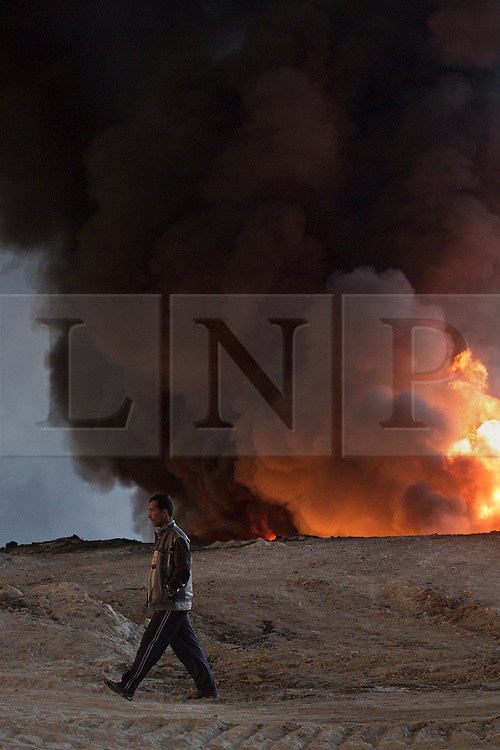