© Licensed to London News Pictures. 15/12/2015. Birmingham, UK. Malala Reception. Pictured, Brothers, Ahmad Nawaz and seated Muhammad Ibrahim with Masala Yousafzai and her father. One year on from the tragedy of the Taliban attack on the Army Public School (APS) Peshawar, Nobel Prize winner and teenage activist, Malala Yousafzai and her family hosted a special reception to mark the anniversary of one of the deadliest terrorist attacks in Pakistan.The commemorative reception held today was attended by Ahmad Nawaz and Muhammad Ibrahim Khan, two of the young survivors of the tragedy, along with Malala Yousafzai, the peace and education activist, who has made Birmingham her adopted home. As part of the commemorative ceremony, members of the public are being asked to wear a white poppy, representing the global mark of peace. Photo credit : Dave Warren/LNP 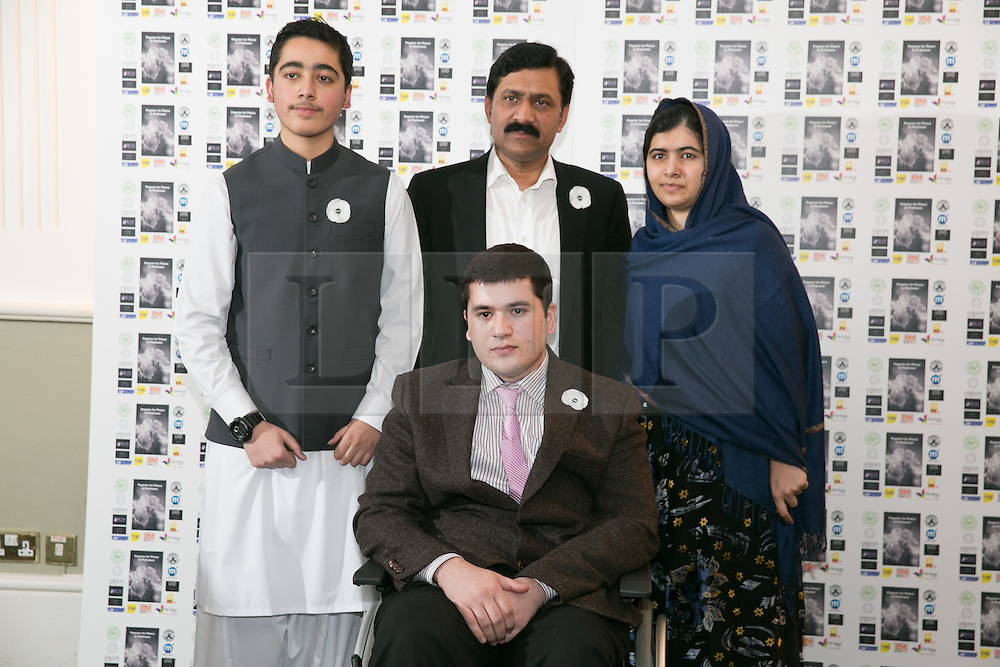