© Licensed to London News Pictures. 29/06/2014. Khanaqin, UK Khanaqin, Iraq. A young Kurdish peshmerga fighter, who has not completed his military training, uses a mobile phone on his bunk bed at a peshmerga base in Khanaqin, Iraq. Counted by Kurds as part of their homeland, fighting in the town of Jalawla now consists of occasional skirmishes and exchanges of fire between snipers and heavy machine guns on both sides.
The peshmerga, roughly translated as those who fight, is at present engaged in fighting ISIS all along the borders of the relatively safe semi-automatous province of Iraqi-Kurdistan. Though a well organised and experienced fighting force they are currently facing ISIS insurgents armed with superior armament taken from the Iraqi Army after they retreated on several fronts. Photo credit : Matt Cetti-Roberts/LNP 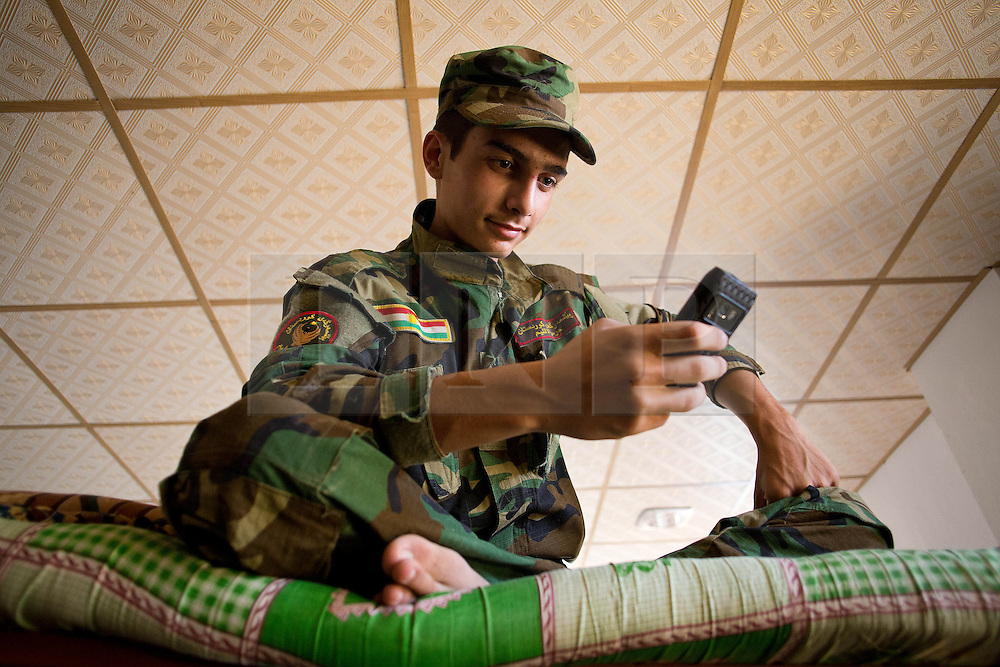