20/10/2016. Bashiqa, Iraq. Peshmerga fighters watch as colleagues fight to retake the ISIS held town of Tiskharab,Iraq , close to Mosul, during an operation to retake areas around the town of Bashiqa from the Islamic State today (20/10/2016). 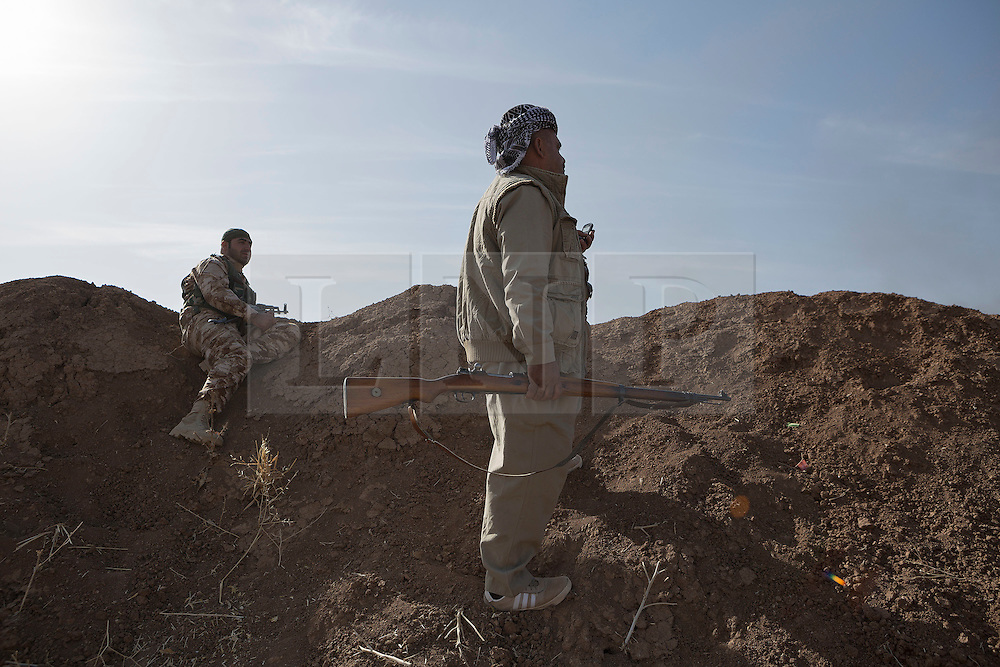