© London News Pictures. 28/06/2012. London, UK. RAF Tornados performing a flypast during the unveiling of a new £3.5m Bomber Command Memorial in Green Park, London on June 28, 2012. The memorial which is dedicated to the 55,573 airmen who died in the Second World War is made of Portland Stone stands at over 8m tall with an open roof. The entrance is made from melted down aluminium sections of a Halifax bomber shot down during the war and in which all seven of the crew were killed. The memorial includes inscriptions from Winston Churchill. Photo credit: Ben Cawthra/LNP 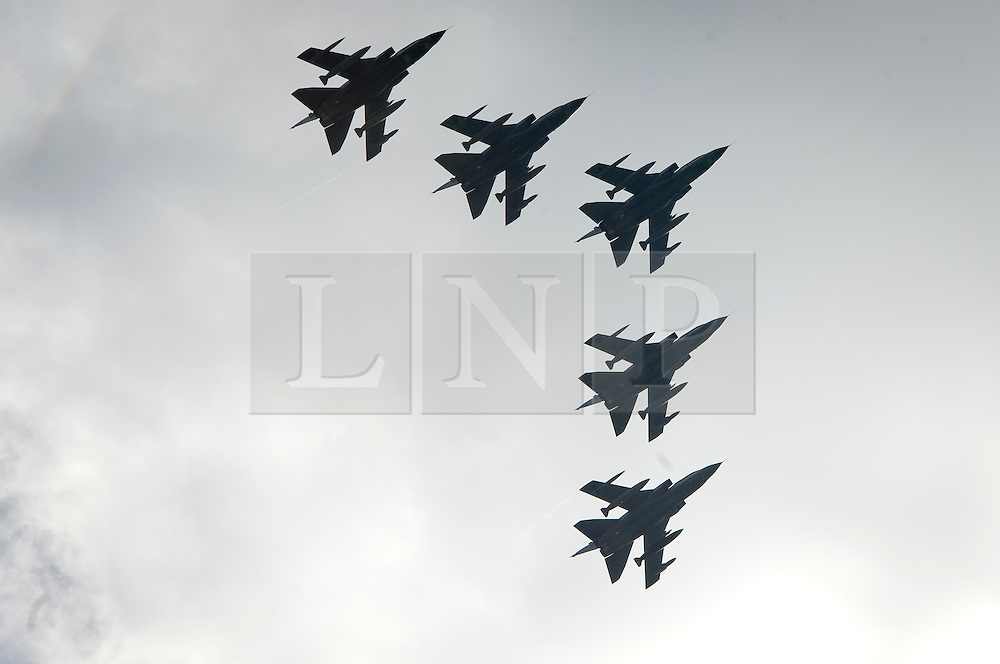