© Licensed to London News Pictures. 21/10/2014. CARTERTON, UK. Over 100 medics from 35 Squadron, 5 Medical Regiment depart from RAF Brize Norton for Freetown in Sierra Leone as part of the UK's response to the Ebola outbreak. The unit will man the Ebola Training Academy, training the local health care workers who staff the five treatment centres currently being built by the UK.

In this picture: General Jeremy Rowan (right), Director General of the Army Medical Services talks to some of the medics. 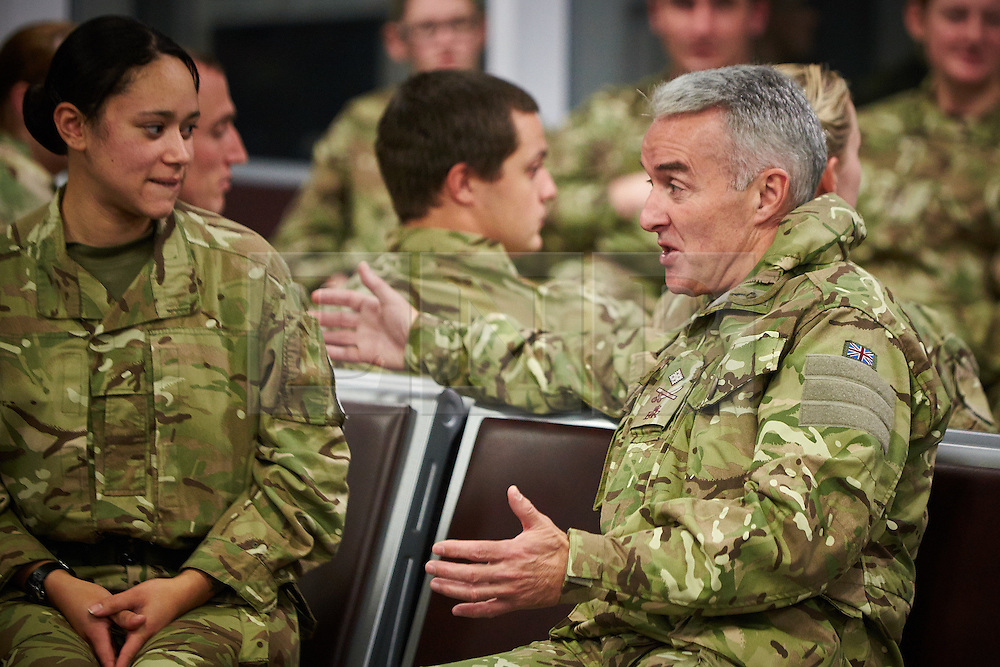