© Licensed to London News Pictures . 05/11/2015 . Oldham , UK . A large group of people engaging in anti-social behaviour , shooting fireworks at residences and lighting a bonfire , on grass between Stafford Street and Norfolk Street , in Chadderton . Manchester Fire reports receiving more than 300 calls in less than 7 hours, from 4.30pm, including to buildings, cars and wheelie bins set alight by arsonists . At some calls fire crews were subject to vandalism , including a hose being sliced whilst it was being used to fight a fire in Leigh and bricks being thrown at crews attending a job in Miles Platting . Fire crews deal with arson attacks across Greater Manchester during Bonfire Night . Photo credit : Joel Goodman/LNP 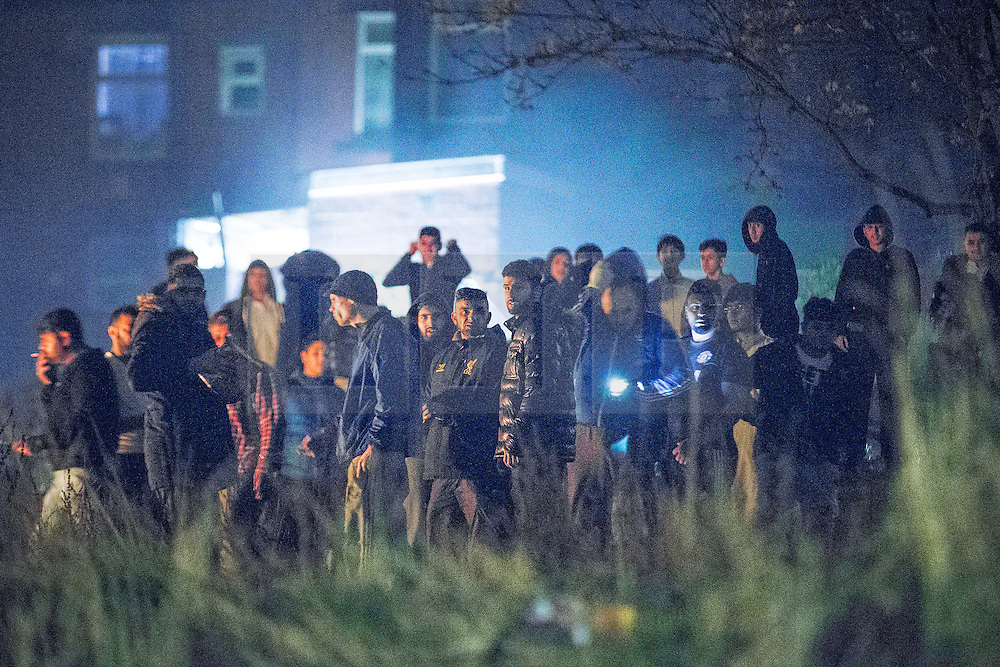