A colliery band play during the Durham Miners Gala. 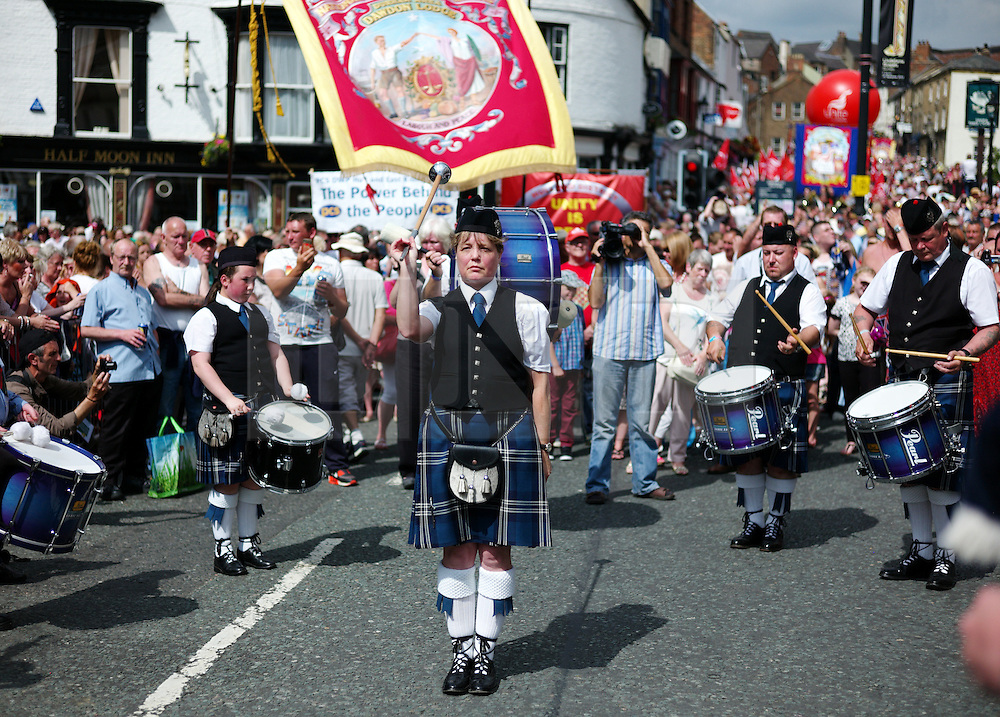