© Licensed to London News Pictures. 16/07/2012. London, UK. Two members of the British military at Tobacco Dock in London E1. The Grade 1 listed warehouse has been shortlisted by the Ministry of Defence to provide accommodation for the 3,500 extra troops being drafted in to provide security at the Olympic Games. An announcement confirming the temporary military camp at Tobacco Dock is expected in the House of Commons later today, 16 July 2012.. Photo credit : Vickie Flores/LNP 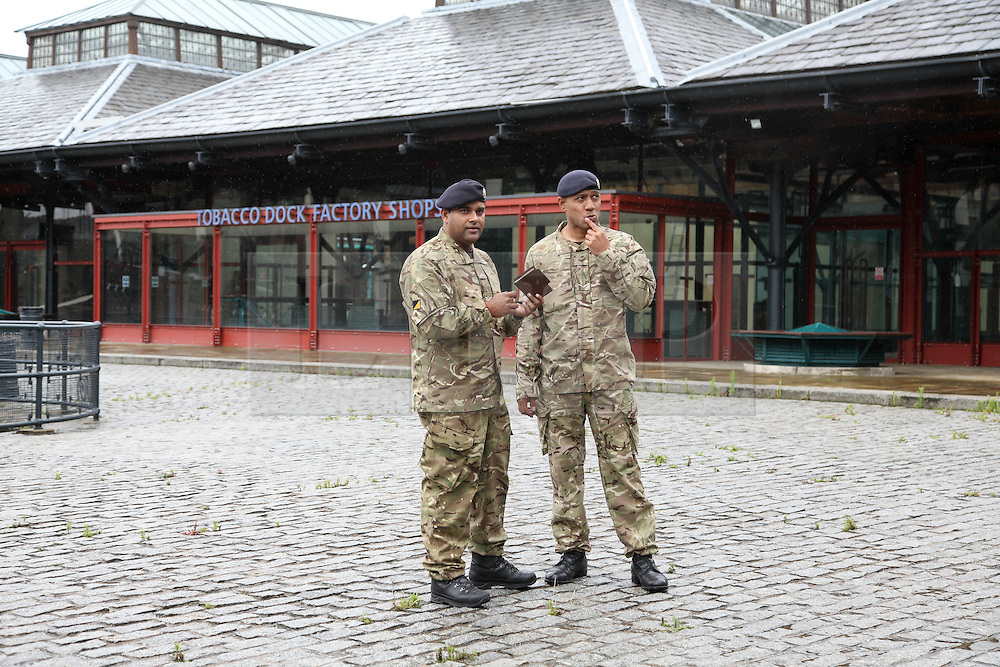