© Licensed to London News Pictures. 28/09/2014. Al-Yarubiyah, Syria. 12.7mm (.50 caliber) rounds, lie on the floor of a building in Al-Yarubiyah, Syria, as they wait to be used by Syrian-Kurdish YPG snipers firing at positions held by Islamic State insurgents in Rabia, Iraq. 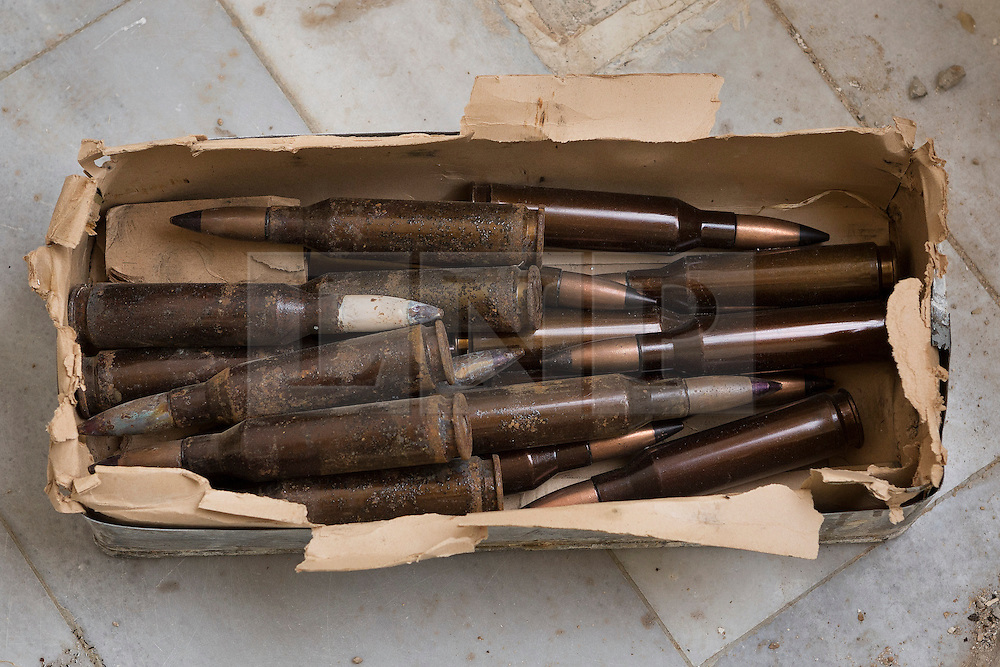