© Licensed to London News Pictures. 19/07/2018. Salford, UK. Documentary TV crew by the school gates . Harrop Fold School in Little Hulton is closed for a protest by parents , objecting to the outcome of a months-long investigation in to record keeping which, it is alleged, revealed that data relating to pupils’ performance was embellished and which has seen the school's popular headmaster suspended from duty. Parents planned a protest following the suspension of head master Drew Povey alongside three other members of staff . The school , which has been featured in the documentary " Educating Greater Manchester " will remain closed throughout the day . Photo credit: Joel Goodman/LNP 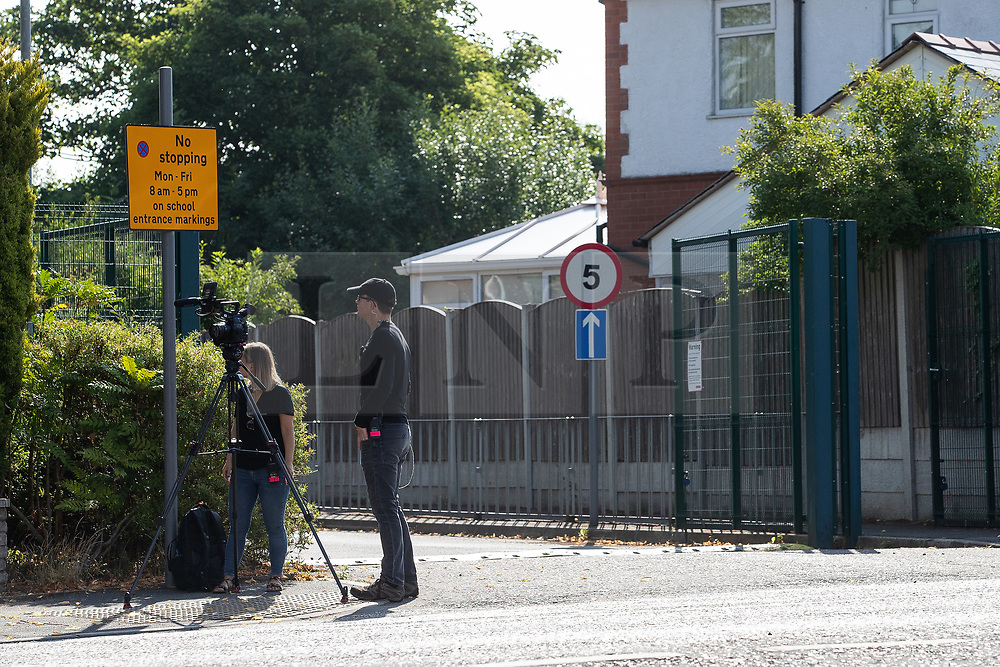