© Licensed to London News Pictures. 24/10/2018. London, UK. Dutch Marines walk a hostage past King Willem-Alexander and Queen Maxima in board HNLMS Zeeland during the exercise. British Royal Marines are joined by the The Royal Netherlands Marines in a military demonstration at HNLMS Zeeland, which is anchored next to anchored next to HMS Belfast on the River Thames in central London. Members of the British and Dutch Royal families watched the event as part of a state visit to the UK. Photo credit: Ben Cawthra/LNP 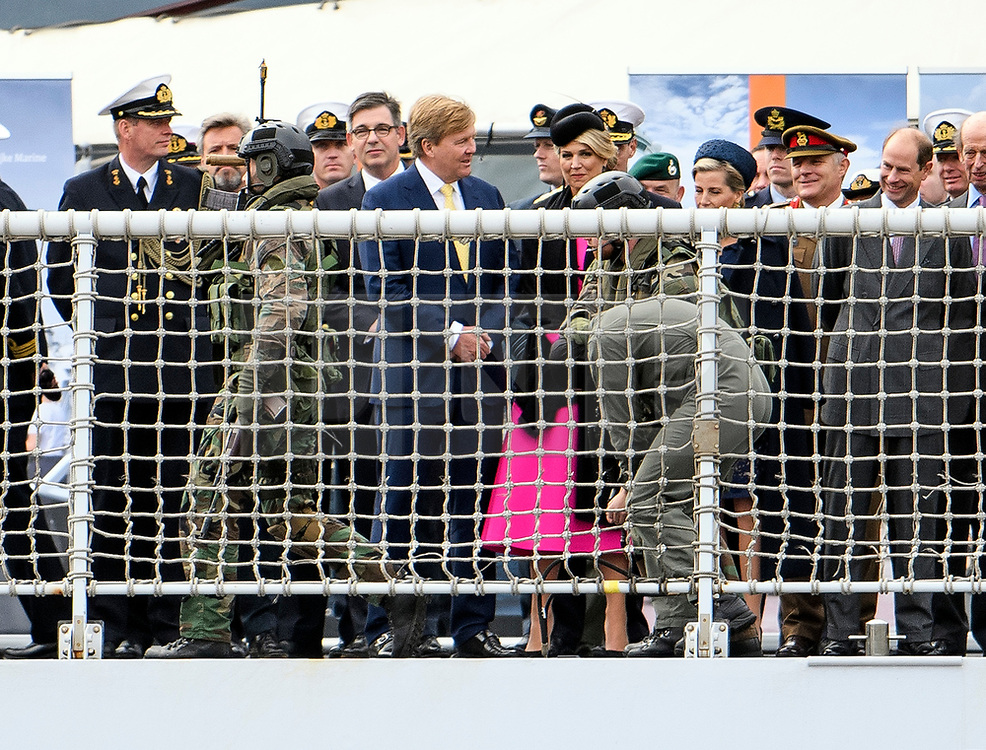