© Licensed to London News Pictures. 14/06/2016. LONDON, UK. A delegrate takes a photo of a Vote Leave supporter with many Vote Brexit and Vote Leave badges at the Bruges Group European referendum Brexit event in favour of "Leave" on 13th June 2016. The Brexit event, was led by Lord David Owen who warned of the dangers to global stability posed by the EU withdrawing its support for NATO and committing to a European Defence Force. Owen called for a greater European commitment to NATO and the one billion euro budget of the EU’s European External Action Service to be immediately transferred to NATO. Photo credit: Vickie Flores/LNP 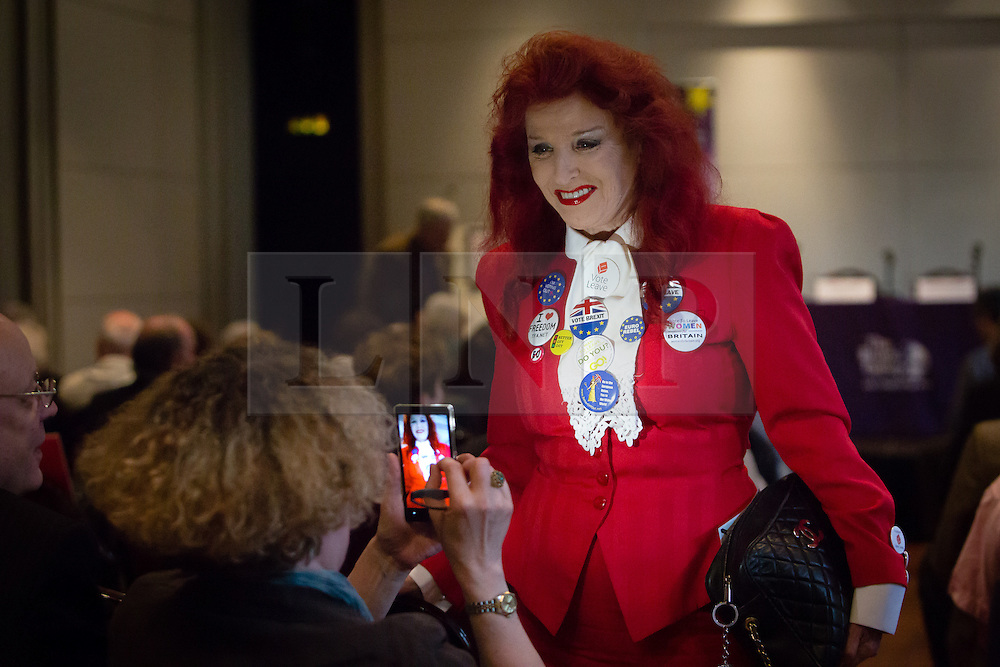