© Licensed to London News Pictures. 02/09/2015. Bashiqa, Iraq. Illuminated sections of the ISIS held Iraqi town of Bashiqa, and the distant lights of Mosul, are seen from peshmerga positions on Bashiqa Mountain, Iraq. The Islamic State leaves certain parts of Bashiqa town illuminated in an attempt to coax coalition airstrikes in to areas of the town away from their positions. 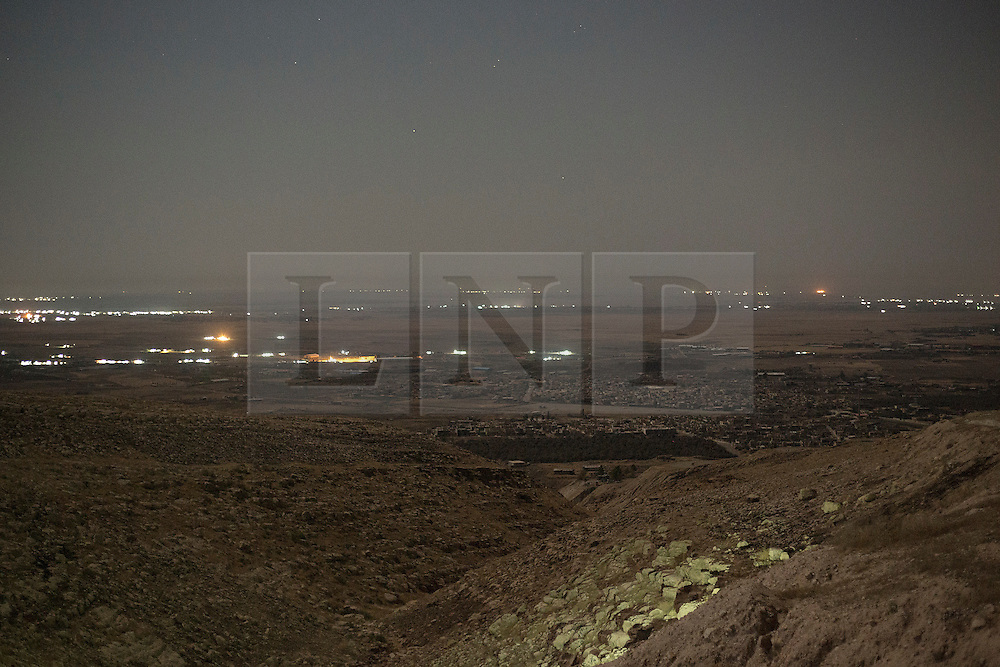