© Licensed to London News Pictures. 21/03/2006 Watford, UK. A 50th scale model of The Möhne Dam at the Building Research Establishment, Watford, Herts being breach tested in 1941. The model was the first piece in the jigsaw which led to the successful Dambusters raid on the night of May 16th, 1943. Records in BRE's archive show that in late 1940, William Glanville of the Road Research Laboratory brought Barnes Wallis to a secret meeting with Dr Norman Davey at the site near Watford. At the meeting, Wallis' plans to attack the Mohne and Eder dams were outlined and it was decided that the most effective way to determine the weight of explosive and optimum location to detonate it was to construct and test a scale model. Norman Davey built the model at BRE in 1941 and work began testing by staff of the Road Research Laboratory, under Dr A Collins. The model dam's discovery was published as the final shots for the film The Dambusters were being recorded, and the very first tests at BRE were not reported in the film classic..Photo credit : BRE Archive/LNP 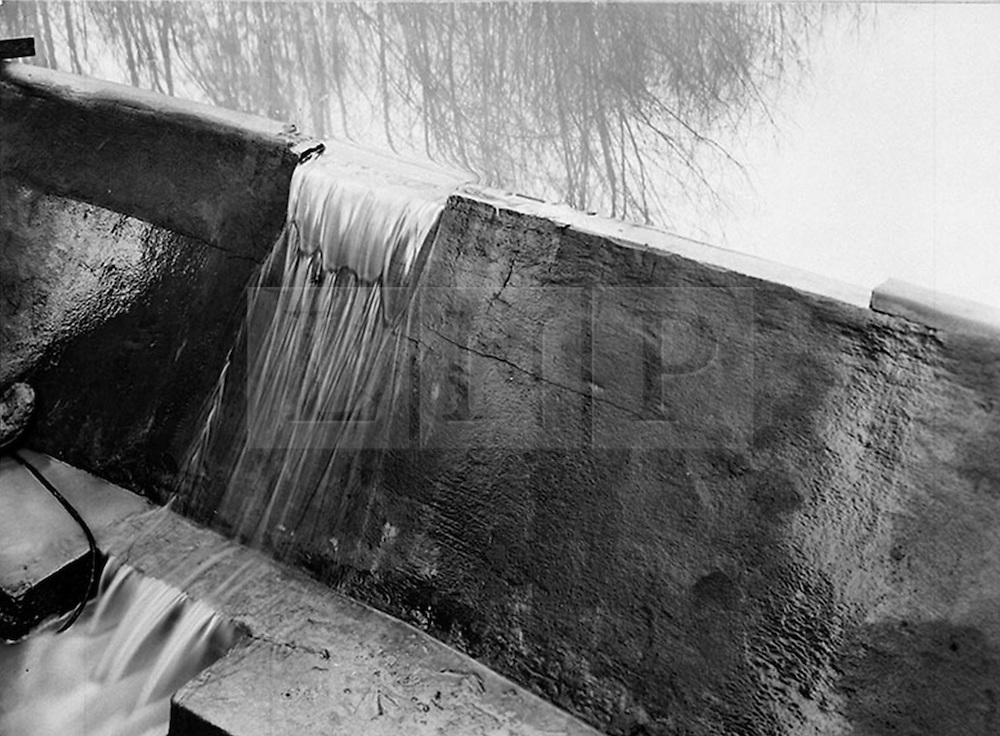